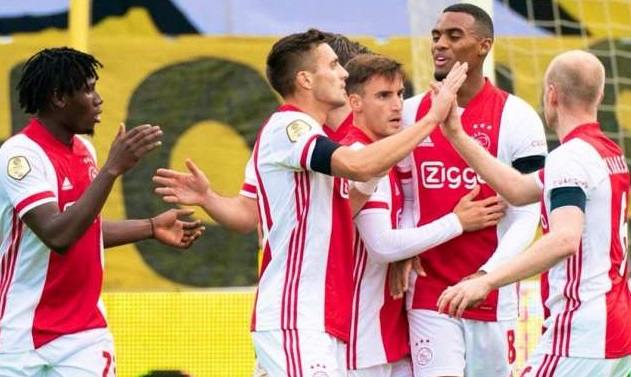 Who can forget the dream team of Ajax who almost went to the finals in 2018 UEFA Champions League? The team did wonders and Ajax is known for doing wonders on the pitch and even off the pitch and that is by grooming young talents from the academy and then making a good business when they venture out of the club. This article will guide you to AFC Ajax players Salaries for the 2022-22 season and the Ajax’s highest-paid footballer.

Ajax, like most other football clubs, does not release their wage bill but as per the reports it can be accessed that the club spends around €277,000 per year. Ajax has sold players like De Ligt, Mendy, Ziyech, De Jong still the club fails to register into the top 10 highest paid clubs in the world.

Davy Klassen has emerged as the highest-paid Ajax player for 2022-22 season. The Dutch earn a whopping salary of £3,276,000 annually. Players like David Neres, Tadic, Huntelaar, Blind, and Tagliafico who are the regular starters for the club are paid handsome amounts by the most successful club in the world.

Who is the highest-paid player at Ajax FC?

Davy Klaassen the Dutch Midfielder is the highest-paid player at Ajax FC, he receives £63,000 a week. Followed by Dusan Tadic and David Neres who receive around £50,000 a week.

AFC Ajax is the most successful Dutch football club which is based in Amsterdam. Ajax has dominated the Eredivisie with 34 Eredivisie titles and 19 KNVB Cups. They have continuously played in the Eredivisie and never got relegated since its inception in 1956.

Ajax is famous for adopting the Dutch philosophy made popular by former Ajax and Dutch star Johan Cruyff.

Ajax has one of the world’s best academies in football in competition with La Masia of Barcelona and has produced talents such as Christian Eriksen, Daley Blind, Davy Klaassen, Donny Van de Beek, De Ligt.

Amsterdamsche Football Club Ajax is a Dutch professional football club based in Amsterdam, that plays in the Eredivisie, the top tier in Dutch football. Historically, Ajax (named after the legendary Greek hero) has dominated and by far been the most successful club in the Netherlands, with 34 Eredivisie titles and 19 KNVB Cups.

They have continuously played in the Eredivisie and never got relegated since its inception in 1956. Ajax is famous for their free-flowing style of football, which was introduced by former Ajax star and Dutch legend Johan Cruyff.

Many big clubs in the world are reporting annual losses due to the outbreak, but Ajax Fc is one of the few teams in the world to have reported an annual profit even in these times. Ajax reported a profit of 21 million euros. Ajax manager Erik ten Hag has signed a new contract with the team till 2022.