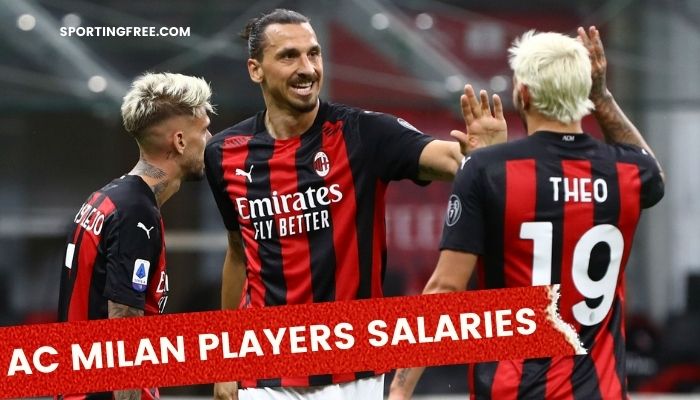 Under new coach Stefano Pioli, Associazione Calcio Milan also called as AC Milan are leading the Serial A table after 8 Gameweeks. A.C.Milan fans would hope this would be a sign of their club getting back to their peak days. The Italian Giants who once dominated all European competitions was first founded in 1899 in the capital city of Milan, Italy. Last season, AC Milan players salaries increased by 30% which made the club’s total wage bill £80,734,680 a year.

The club is one of the most successful Italian clubs winning 18 Serie A titles, 2 Serie B titles, Coppa Italia 5 times 7 UEFA Champions League/ European Cups. A.C.Milan shares their home stadium San Siro with city rivals Inter Milan, the stadium has a capacity of over 80,000 and is the biggest in Italy.

AC Milan had an extremely busy summer transfer window where Paolo Maldini and Rick Massara raced around the clock to reinforce the squad and boost the club’s finances. The deadline day was bittersweet as Milan failed to sign the centre back, which was a crucial need for Stefano Pioli, but the overall window saw several last-minute hijacks by the management.

They also brought in Forward Jens Petter Hauge from FK Bodo/Glimt and right-back Diogo Dalot from Manchester United. The likes of Zlatan Ibrahimovic and Croatian Ante Rebic saw a renewal of their contracts.

Who is the highest-paid AC Milan player?

Swedish striker Zlatan Ibrahimovic is the AC Milan’s highest-paid player, and the 39-year-old signed a new contract extending his stay at Milan till 2022 and paying him €7 million a year. He is followed by Goalkeeper Gianluigi Donnaruma who is paid £6 million a year by the club.