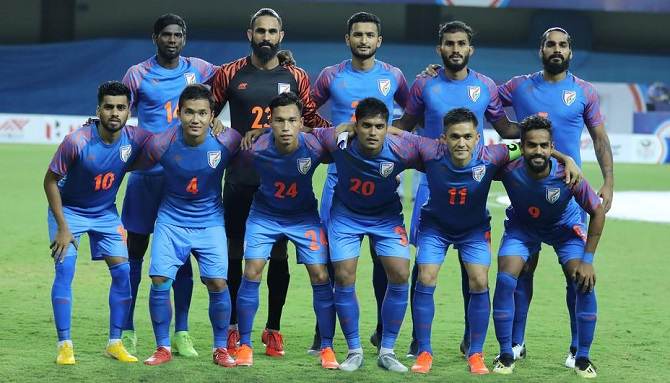 The Second Round of the FIFA World Cup 2022 Qualifiers will be beginning from 5th of September 2019 and concluding on 9th June 2022. India belongs to Group E and will be playing 8 matches in total. They will be playing twice against each of the other 4 teams in the Group, as the tournament will be played in the double round-robin format within the Group. Ahead of this big event, here’s the complete 2022 FIFA World Cup Qualifiers India Fixtures, Schedule and Time Table.

Apart from India, Group E consists of Afghanistan, Bangladesh, Oman and Qatar. While India is ranked 101 in the FIFA rankings, Qatar is at 55, Oman at 86, Afghanistan at 149 and Bangladesh at 183. Whatever the rankings are, no team should be taken lightly. In the previous edition of the World Cup Qualifiers for Asia, which was held in 2018, team India had finished last. That time India had played against Iran, Turkmenistan, Oman and Guam. Indian football team’s new coach Igor Stimac had mentored Croatia in the previous World Cup. So there is a lot of hope placed on him.

The venues and the timings of the 2022 FIFA World Cup Qualifiers India fixtures have not been declared yet.