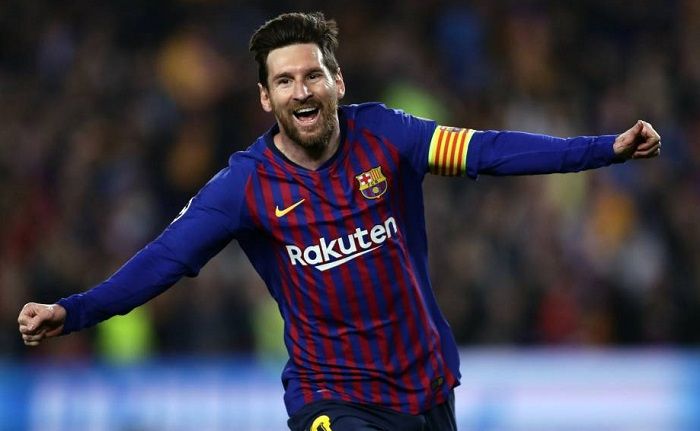 Football is a lucrative sport and soccer players are often heavily paid for their talent and skill. They are paid massive amounts simply due to their ranks in their respective team and performances on the pitch. Also for some footballers, there are loyalty bonuses. The greatest names of the sport enjoy staggering wage bills. All of these footballers are top performers for their respective clubs. The list of the highest-paid footballers salaries and endorsements earnings is impacted by the financial crunches suffered by the clubs due to the COVID-19 pandemic.

The current economic crisis due to COVID-19 is likely to impact the European clubs’ finance in the coming future as well which may result in lower player wages. This will not only impact the young footballer, but the highest-paid soccer players will also pay the price.

When it comes to the question “Who is the world’s highest-paid footballer” then it becomes quite obvious that the rival pair Lionel Messi or Cristiano Ronaldo would top the list. The new curiosity amongs fans is who is highest-paid soccer players apart from the top two? Here’s the answer.

The highest-paid and the best goalkeeper in the world, David De Gea is struggling for game minutes presently. Nevertheless, he has been a great goalkeeper in his career and receives around £19m (€21m) at Manchester United. The Spaniard’s contract runs down in 2023 with an option to extend. With reports linking him out of Old Trafford, he will be looking out for a club that can sustain his enormous salary amount.

The Polish striker has established himself as one of the best strikers in the world. Probably the best player too. Enjoying endless success with Bayern, Lewandowski earns around £18 million annually. He receives about £352,000 per week in a contract that runs until 2023. Even at the age of 32, he has still a lot to produce and it will be foolish of Bayern to cash him out just now.

Bale’s future at Real Madrid is uncertain but that doesn’t restrict him to earn millions. Currently, on loan to Tottenham, the Welsh man pockets an amount of £35 million per year.

Both parties are undecided on his loan extension or for Real to keep him beyond this summer. It will be hard for any club to sustain a wage package of a player that now rarely cuts the pitch.

French professional footballer, Griezmann is one of the highest-paid players in La Liga. In 2019, Barcelona signed Griezmann for the five-year contract at a price of €120 million buy-out clause. He pockets the $28 million of annual salary and $5 from the endorsements.

The Manchester United star is the second-highest-paid midfielder on the list. Pogba enjoys an amount of £15 million in his present contract that expires next year. He expects a rise in his wage that will put him in the same seat with other top earners at the club. Although Pogba’s agent has spoken up his discontentment with the club, Manchester United is hoping to tie him to a lucrative contract soon.

In 2017, Salah signed a long-term contract with Liverpool for £36.5 million in fees. The first Egyptian player who played for the club debut against Watford. He is the highest-paid player in the Liverpool club.

The 22-year-old World Cup winner is a star at Paris Saint Germain. In the wealthy club, Mbappe earns an estimation of $28 million per year. He also has an endorsement of $14 million. His contract expires in two years. Kylian is demanding a pay rise to his existing contract that can go as high as £35 million. It will make him the most paid player in PSG. Mbappe with his spectacular growth and progress has certainly a case to demand the amount.

Neymar have a contract extension in place and his club will soon declare it according to the reports. Presently, the Brazilian bags an amount of £31 million annually and is the highest-paid player at the club. An increase to his wage bill will push him higher up this list.

He also receives an endorsement of £15 million too. As known to everybody, he is the most expensive player in terms of transfer fee having transferred from Barcelona in a jaw-dropping deal of €222 million.

The Portuguese megastar is enjoying another productive season individually. Although the season has been terrible for Juventus, their mask man has stood tall. Ronaldo’s current wage bill is staggering.

He earns a reported £49 million at the club. That includes 3.8 million euros monthly. For most of the time, he was not the highest-paid footballer but also an athlete in the world. However, he is not the top earner now.

That credit has gone to GOAT, Messi is the highest-paid footballer in the world. Thanks to the enormous match and loyalty bonuses he receives, 7 million euros monthly and £52 million over a year.

Add to that a $47 million endorsement, Messi has comfortably beaten his rival Ronaldo in the list. La Pulga was close to leaving Barcelona earlier this season but now is assisting the club in an exciting title race. With no movement down on his present contract, it seems like it is his last season at the club.

Some of the players may miss out simply because they haven’t signed a contract extension at their club. All of the figures used in the salary are factually checked and have been derived from legit sources. The amount may vary in the future with transfer bonuses or clauses included in their contracts.