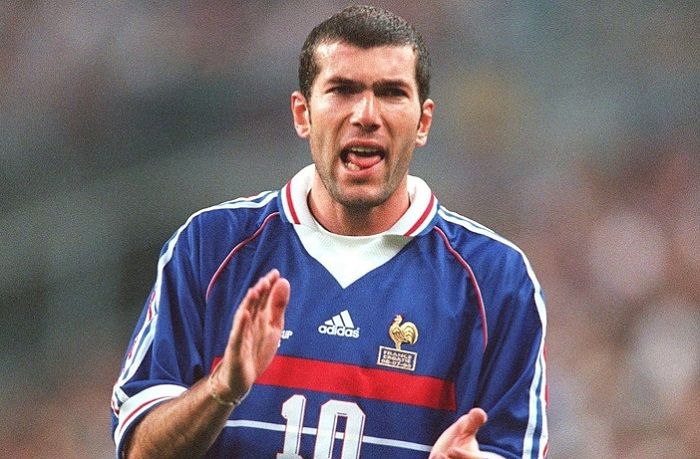 The 10 Greatest French Footballers of All Time (Ranked)

France is one of the most successful football team internationally. The two time FIFA world cup winners have produced exceptional football talents for a long time. Here are the 10 greatest French footballers.

The France national football team also known as Les Bleus won their first world cup in 1998 defeating Brazil in the final by 3-0. The France players showed an amazing performance in Russia in 2018 and lifted their second FIFA World Cup. The team also has two FIFA Confederations Cups in their trophies cabinet.

Marcel Desailly had a luminous 20-year long career with his clubs and France national team. He could play both as a centre-back and a defensive midfielder. The legendary player is one of the players who have won the UEFA Champions leagues for two consecutive years with two different clubs.

Desailly is one of the greatest French footballers of all time was a part of the French team which won the 1998 FIFA World Cup and Euro 2000. He has made 116 appearances for his national team.

Laurent Blanc was a centre-back who has played for numerous prominent clubs such as Barcelona, Napoli, Inter Milan, and Manchester United. He has played for his country in many international tournaments.  Blanc has won many awards and titles. He was named the French footballer of the year in 1990.

He has won a La Liga title and a Spanish Super Cup with Barcelona, one Premier League title with Manchester United, a League 1 and a French Cup with AJ Auxerre.

Blanc has played a total of 470 matches for his clubs and has scored 71 goals. He has played 97 times for France and won the 1998 World Cup as well as Euro 2000 with them. Th world cup winning team member, Blanc will always be regarded as one of the best French footballers of all time by fans.

Just Fountaine played in the 1950s and 60s. He played as a striker for OGC Nice and Reims. He has won the League 1 title four times, three of which were with Stade Reims and one with OGC Nice.

Moreover, Fontaine has also won two French Cups, one with Stade Reims and the other with OGC Nice. He holds the unique record of scoring the most goals in a single FIFA World Cup tournament, with scoring 13 goals in only 6 matches in 1958.

Fountaine, the best French footballers of all time has scored 30 goals in 21 matches for France an average of more than 1.4 goals per match.

Raymond Kopa was an attacking midfielder who played in the 1950s. He played for teams like Reims, Angers and Real Madrid. He has won 3 European Champions Cup with Real Madrid from 1957 to 1959, as well as 2 La Ligas with the Spanish club. Kopa helped Stade Reims win the French league 4 times and won one French Super Cup with the club.

Kopa won the Ballon d’Or in 1958 due to his astonishing performances with Real Madrid. He made 46 appearances for the French national team, including taking part in two World Cups, and has scored 18 goals.

Papin played as a striker/ forward for many great clubs like  Marseille, Bayern Munich, AC Milan, Bordeaux. He scored in amazing number of 174 goals in 265 appearances for Marseille and  helped the club secure four league 1 titles and one French Cup trophy.

He has won a UEFA Champions League title with AC Milan as well as two Serie A trophies and one Italian Super Cup. He won the Ballon d’Or in 1991.He is a manager now and has managed French teams like Lens, Chateauroux, Strasbourg.

Thurram is the most admired defender in the history of French football. He was a  versatile player with the ability to play as either a right-back or a center-back.

He is the most capped player for France national team with 142 caps. he was a part of the 1998 world champion and 2000 UEFA Euro winner French national side and also featured in the 2006 World cup where they finished as runner ups.

Didier Claude Deschamps was a defensive midfielder who played for Nantes, Marseille, Bordeaux, Juventus, Chelsea, and Valencia. He was a  part of the Marseille’s European championship in 1993, as well as winning three French league titles with that club.

One of the french greatest footballers of all time, Thierry Henry is one of the best strikers of all time. He made his debut with Monaco and joined Juventus later on. However, his turning point was joining Arsenal in 1999, where he became the club’s all-time leading scorer and assist provider with 228 goals and 104 assists in 376 matches.

Henry is regarded as the best player in Arsenal’s history. Henry has won 7 titles with The Gunners; two Premier Leagues, three FA Cups and two English Super Cups. Henry joined Barcelona in 2007 and was a part of the sextuple winning team in 2009. He is the leading top scorer of France national team with 51 goals in 124 appearances.

He was a part of the French national side that won the 1998 World Cup and EURO 2000. After retirement, he has managed AS Monaco and Canadian side Montreal Impact.

Michel Platini is a French former football player, manager and administrator who played as an attacking midfielder. He played for Nancy, Saint Etienne and Juventus.

Platini has scored 104 goals in 223 appearances for Juventus and won 2 Serie A titles, one European champion clubs’ cup, one Italian cup, one UEFA Super cup and on intercontinental cup.

He won three consecutive Ballon d’Ors from 1983 to 1985. Platini led France to their first-ever European championship in 1984 by scoring 9 goals in the tournament. He has played for France 72 times scoring 41 goals. He was the president of UEFA till 2015. Platini is the second-best french soccer player ever.

Undoubtedly, Zidane is the best French football player and one of the greatest football players of all time. He has won numerous individual and team titles, which as well as his outstanding skills on the field make him a legendary player.

Zizou won the Ballon d’Or in 1998.  He has played 108 matches for France and scored 31 goals. He is equally great as a manager. He leads Real Madrid to 2 La Liga titles and 3 consecutive champions league.