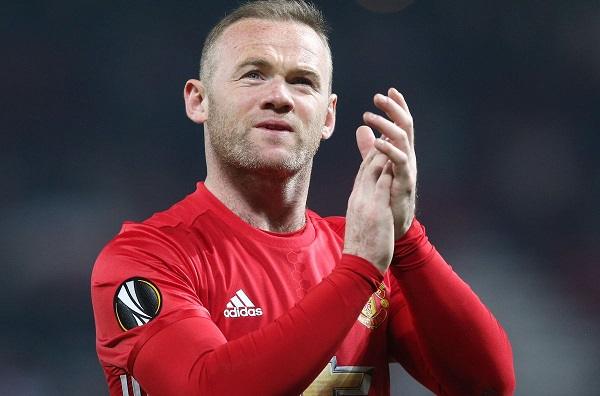 The 10 Greatest English Footballers of All Time (Ranked)

English football team does not have a glamorous record internationally. But the ‘Three Lions’ have continuously produced some of the world’s best footballers over the years. The English national team have gone through many ups and downs but always manage to discover some greatest footballers. Here are the 10 best England football players of all time.

Gary Lineker is one of the greatest English strikers who excelled not just in England but also in Spain. He started his career at Leicester City. He has played for Leicester City, Everton, Barcelona and Tottenham Hotspurs.

He has 238 club goals including 95 for Leicester in just 194 appearances. Lineker was the golden boot winner in the  1986 World Cup.  Lineker represented England 80 times and scored 48 goals for them, he is also England’s top scorer in the World Cup with 10 goals.

Gary is the 3rd highest England goal scorer behind Bobby Charlton and Wayne Rooney; he has 48 goals in 80 appearances for England.

Paul Scholes is considered one of the best midfielders ever. He has spent his whole career at Manchester United.  He has won 11 Premier League titles, 3 FA Cups and 2 Champions League titles at the club.

He played from 1993 to 2013 and made more than 700 appearances scoring over 150 goals. He was known for his accurate passing and long-range goals from outside the box. He is currently the manager of Salford City FC.

Gerrard is arguably one of the greatest midfielders of all time. He spent 17 seasons at Liverpool before leaving for LA Galaxy in the U.S. retiring from football in 2016. Gerrard helped Liverpool win 3 League Cups, 2 FA Cups, 1 UEFA Cup and 1 Champions League with Liverpool. He helped them reach another Champions League final in 2007.

Gerrard made 504 Premier League appearances, scoring 120 goals and assisting 92. He played for England 114 times and scored 21 goals in those games. He is the manager of Scottish club Rangers FC currently.

Lampard is regarded as one of the best midfielders of the last 25 years. He began his career at West Ham and then went on to play for Chelsea and Manchester City. He spent 6 season at west ham and joined Chelsea in 2001. Lampard led Chelsea to win 4 FA Cups, 3 Premier League titles, 1 Europa League and 1 Champions League trophy.

He was the runner up at Ballon d’Or in 2005.  He is the only midfielder to score more than 300 goals during his career for club and country. He represented England in 106 games and scored 29 goals. Lampard was recently sacked as Chelsea manager.

Shearer has played for Southampton, Blackburn Rovers and Newcastle united. He is the highest goal scorer in Premier League’s history. 1994-95 season, Shearer set a Premier League record, which is yet to be broken, after he scored 34 goals in a single season which helped Blackburn achieve Premier League trophy.

In the Premier League, he has scored 260 goals in 441 Premier League games. He represented England 63 times and he scored 30 goals. He is one of the best English players in football history.

Wayne Rooney is one of the best English footballers of all time. He began his career at Everton before joining Manchester United, where he rose to glory.

Kevin Keegan played as a forward for Liverpool and Hamburg in the 1970s.  One of the English greatest footballers of all time, Kevin won 3 First Division titles, 2 UEFA Cups, one 1FA Cup and 1 European Cup. He won the Ballon d’Or for two consecutive years in 1978 and 1979 at Hamburg. He has 63 appearances for England and has scored 21 goals.

Keegan had a decent spell as a manager. He guided Newcastle United, Manchester City and Fulham to Second Division titles. In the 1995-96 season, Keegan guided Newcastle to a second-place finish in the English top-tier.

Bobby Moore was undoubtedly one of the greatest defenders of all time. He was the captain of the England side that won the 1966 World Cup. A West Ham United legend, Moore had 644 appearances for the Hammers before joining Fulham.

Sir Stanley Matthews is England’s oldest footballer. He played until the age of 50. He played for Stoke City for 19 seasons and Blackpool for 14 seasons.

Sir Bobby Charlton is the greatest English footballers of all time. Charlton represented Manchester United for most of his career and is regarded to be their greatest ever player. He was both England and Manchester United’s top goalscorer, with 249 and 49  goals respectively, before he was overtaken by Wayne Rooney in both.

He won the European Cup in 1968 and he also won 3 leagues as well as 1 FA Cup with Manchester United. He won the Ballon d’Or in 1966. By far, he is the best English footballer.