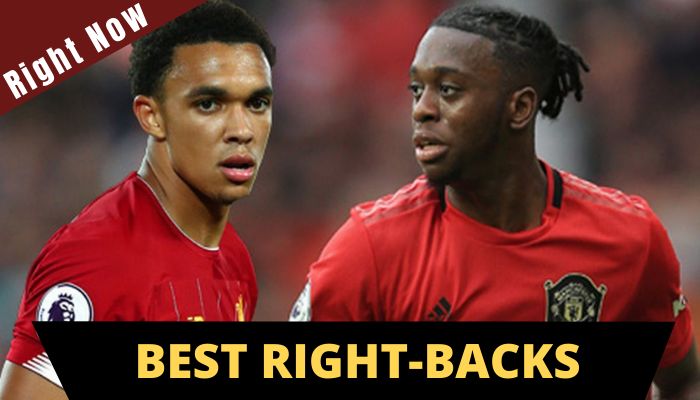 Football has developed and progressed with time and modern football has seen a breakaway from some traditional technicalities and conventional rules. As the game is steadily evolving, it has witnessed ever-increasing importance given to the full-backs. Gone are the days when the only job for Right backs was tackling and defending. Modern football demands the right backs to move forward and has attacking instincts along with their defensive abilities. Let’s look at the top 10 best right-backs in the world football right now.

Benjamin Pavard is a versatile defender. The Frenchman can play all around the defensive line. After being an instrumental part of the 2018 World Cup-winning squad, Pavard was signed by Bayern Munich He currently plays as a right back for the German champions Bayern Munich.

His key strengths are heading the ball and interceptions. He is also good with his long range efforts at the goal.

Ricardo Pereira plays for Leicester City in the Premier League. He joined the foxes in  2018 and has impressed ever since.

He generates a very good pace and is handy in making the forward runs which makes him one of the best right-backs in the world right now. He was the player with the most tackles registered in the 2019/20 season of the Premier League.

Dani Carvajal was once the best right back but has slipped down the rankings because of recurrent injuries. The 29 year old is  the first choice right back of Real Madrid. He is known for his constant pressing and power while defending.

He is very swift at moving the ball down the flanks and delivering accurate crosses. Carvajal’s tactical discipline and fitness mean he is capable of joining attacks and is a constant threat to the opposition.

Cuadrado began his career as a midfielder/winger. The Colombian was converted into a full back at Juventus by Maurizio Sarri in 2018. He has developed his defensive skills quickly and is an important part of the Juve squad. Cuadrado is currently the best right-backs in Juventus club.

He uses his attacking abilities to make forward runs and support the attack. He is known for providing crosses into the penalty box of the opposition and has 9 assists this season. He averaged 1.3 tackles per game in the last season of Serie A.

One of the most consistent performers for Pep Guardiola’s back-to-back Premier League champions, Kyle Walker is quick, strong, disciplined, has bags of stamina and a great end product.

It’s not hard to see why Pep made him the most expensive defender in the world when recruiting him from Spurs in 2017 for a fee of £50m.

His 12 assists in 130 appearances for Manchester City is a decent enough return. He has also played as a right-sided Centre back and in a 3 man defence for Manchester city. He is one of the fastest players in the Premier League. is currently world’s one of the best

When it comes to one-on-one defending, Wan-Bissaka is already one of the very best in the world. His tackles are clean and accurate, and his pace makes it hard for most wingers to get past him.

He has developed a lot after joining Manchester United and had the second most number of tackles in the last premier league season averaging 2.3 tackles per match. Wan bissaka has kept up his dominance while defending, and his passing, crossing, and dribbling in the final third have become better.

Kieran Trippier is known for his quick pace ever since his Tottenham days. The 30-year-old Englishman currently plays for Atletico Madrid. Diego Simeone’s style of play seems to have suited Trippier who is performing well for the current Spanish league leaders.

A pin-point crosser and a deal-ball specialist, Trippier’s skills have developed at Atletico. Alongside defending he has also registered 6 assists and has a good linkup with the strikers.

Hakimi is one of the fastest right-backs in the world currently. The Moroccan’s pace makes him a constant threat in the opposition’s box. He is a versatile player and has played at many positions like left-back, right back and even in the midfield.

He currently plays as a right wing-back for Inter Milan after joining them from Dortmund in august 2022. He has 6 goals and 5 assists this season and is a crucial player on Antonio Conte’s side.

Liverpool’s very own prodigy, TAA has developed through the ranks of the club and has secured a place in the first team. He is the main part of Klopp’s revolutionalised gameplay where the Full backs dominate the match. He is known for his exhilarating pace and accurate crosses, passes. He had 13 assists last season.

He doesn’t venture deep into the opposition half and sends his balls early. He is more attack-minded and sometimes lacks defensive skills which don’t make him the top right back.

Cancelo’s unique skillset including the ability to invert as a midfielder which showcases his close control, passing range, and tactical awareness has made him an indispensable asset for Guardiola and City. The Portuguese is currently the best right-back in the world because of the perfect balance of his attacking flair and defensive abilities.