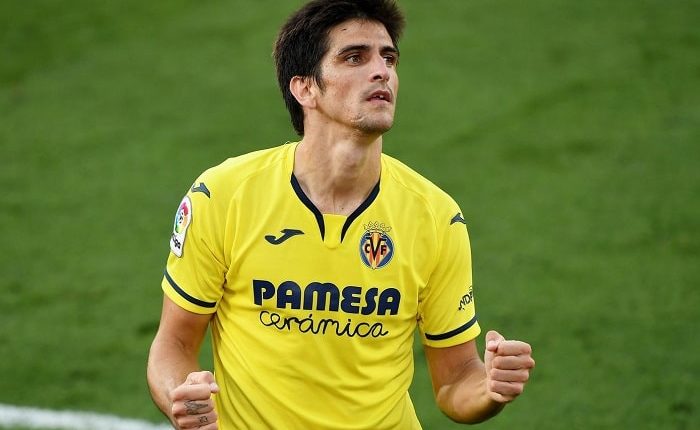 La Liga saw its closest title race in years as it went to the season’s final day. In the end, Atletico Madrid clinching it. This season Spanish top flight also saw Real Sociedad win the Copa Del Rey in 32 years.

The nail-biting season has seen some standout performers. Let us take a look at the best La Liga players who perform this season based on whoscored.com ratings.

The Montenegro center back enjoyed a great season, with Atleti winning the title. He was a rock at the back and had a stellar campaign. Good on the ball and solid in defence, he has formed a fortress at the back along with Jan Oblak and Jose Maria Jimmenez.

Another title-winning Atleti man on our best La Liga players list. The wall of Madrid capped off a brilliant individual season with the La Liga trophy. Regarded as one of the best keepers in the world, he only further solidified his status as the best keeper in the league.

The young French center back has turned heads all around Europe with his displays this season. A ball-playing center back with great reading of the game, he has attracted multiple top clubs. The 22-year-old was also a part of France’s Euro 2022 squad, further raising his stock.

After moving to Spain in 2019, Trippier has quickly rebuilt his reputation after a poor 2018 campaign with Spurs. An integral part of Diego Simione’s side, whether it is as right-back or right-wing-back, he has delivered. He has assisted 6 goals this season and is an excellent set-piece taker. The 30-year-old will be hoping to continue such displays next season as well.

The Frenchman has had a tough time at Barca after his big-money move from Athletico. Regularly criticized by the media, the majority of which is due to the price tag, he has shut a lot of them up this season. Scoring 13 and assisting a further 7, he has enjoyed a good campaign. There have been rumors of him making the switch back to Atleti amid Barca’s financial woes and his reluctance to stay at the Catalan club.

The 4th Atleti player on the best La Liga players list, Llorente, has been immense for the champions. A multidimensional midfielder who has an impact on both ends of the pitch, he has enjoyed an exceptional season. Often deployed as a second striker or in midfield, he has scored 12 goals and assisted 11. The 26-year-old will be hoping to continue his fine form into next season as well.

One of the best CDM’s in the world, Casemiro, has been consistently churning out great performances. He was a major part of Real’s title challenge providing cover to a defence that was missing captain Sergio Ramos due to injury. The midfield destroyer also has an eye for a pass and will continue to be one of the best in his position.

The 33-year old striker, one of Real Madrid’s greatest ever players, has been stellar since Cristiano’s departure. Almost single-handedly carrying the attack, he managed 23 goals and 9 assists this season. Benzema has had his critics over the years, but they have all been rightfully silenced.

Gerard Moreno enjoyed his most prolific season ever, scoring 23 and assisting a further 7. He also took home the Europa League, with Villareal scoring 7 in the process. Quick, direct, and able to link up play, he is a handful for any defence.

Topping our best La Liga players list is one of the greatest footballers of all time, Lionel Messi. This is no surprise as even though Barcelona have struggled this season, Messi has led the La Liga in nearly every attacking metric. he was also the top scorer, netting 30 goals and assisting 9. Despite hitting 34, he still continues to terrorize defences and drop mind-blowing performances.