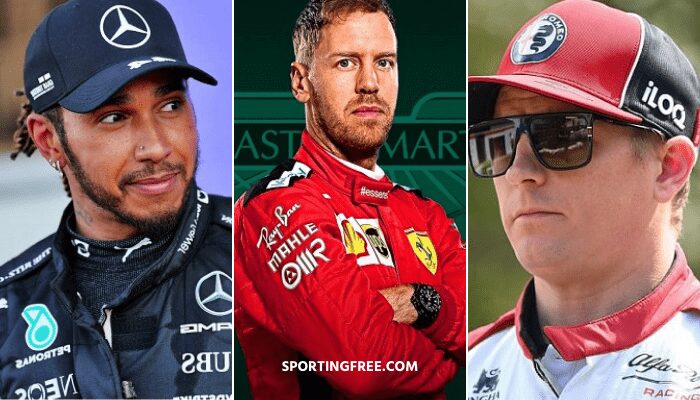 Who is the richest F1 drivers? Hamilton, Schumacher, Verstappen, Pérez or Vettel

Formula One drivers earn millions for their courage and bravery on the racing track. They are amongst the richest sportspeople in the world. Apart from salary, they also endorse numerous brands and products to earn. Do you know who the world’s wealthiest Formula 1 driver is? The list comprises the top 10 richest F1 drivers in the world right now, 2023.

Rosberg had a short career in F1. He retired in 2016 after his one and only victory in the world championship. The German net worth is around $30 million. Nico has launched the Rosberg Extreme E team after retiring from F1.

Sabastian Vettel represents Aston Martin in Formula One. He has been racing for a decade now. Presently, Vettel has a $17 million contract with Aston Martins for three years. He also earns from sponsorship. The German accumulated net worth is $50 million.

The Scottish won 13 grand Prix during his racing days. Post his retirement, and he has been busy in the broadcasting field. David also owns numerous properties and hotels in Monaco, Switzerland and London. Coulthard’s net worth is estimated to be $70 million.

Former F1 driver Jenson Button had a pretty decent career, and he won a single world championship title. Currently, he owns a luxurious yacht and also works as a sports pundit. With a net worth of $105 million, Button is one of the richest F1 drivers in the world right now.

He drove for Ferrari, Jordan and Jaguar. He partnered with legend Micheal Schumacher at Ferrari. Post-retirement, he has been actively investing in properties. Due to his smart investment, he has a net worth of $180 million.

READ: How Much Does a Formula 1 Car Cost?

Alain Prost is one of the best the sport has produced. He has four world championship titles to his name. After retiring from the sport, he jumped to investment and made decent money through investments. His net worth is estimated to be $185 million.

The 41 years old is still going strong at the circuit. He has been racing for two decades now. Kimi won the world championship title in 2007 with Ferrari and was named as the second-highest-paid athlete in the world. The wealthiest Formula 1 driver, Raikkonen has a net worth of $200 million.

After a hiatus, Fernando Alonso is making a comeback in racing with Alpine in the 2023 season. He has won two world titles with Renault in 2005 and 2006. Despite taking a break from F1, he is one of the richest Formula 1 drivers in the world right now, with a staggering net worth of around $220 million.

With 7 world championship titles, he is one of the most decorated racers in F1 history. He currently gets $30 million from his contract with Mercedes. Apart from this, he earns a huge amount of money for sponsorship.

Lewis is sponsored by Monster Energy, Tommy Hilfiger and various other brands. The British driver’s net worth is estimated to be $280 million, and Hamilton is the highest-paid F1 drivers and the richest Formula 1 driver in the world who is still active on the race track.

READ: 10 Most Successful Formula 1 Drivers of All Time

He is no doubt the greatest in the sport. Schumacher won four consecutive world titles with Ferrari during his prime days.

After spending a long time with Ferrari and retiring, Michael made a comeback in 2010 with Mercedes. Currently, Schumacher is the world’s richest F1 drivers even after retirement, with a whopping net worth of around $780 million.