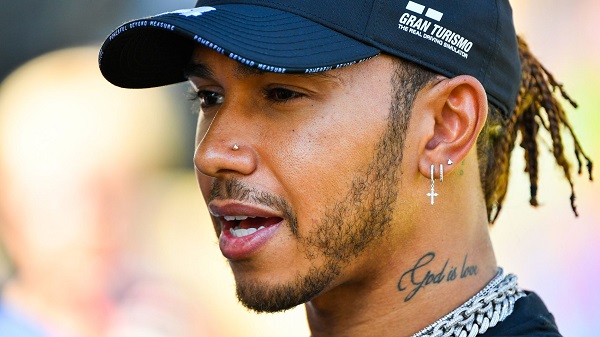 10 Most Successful Formula 1 Drivers of All Time

Most Successful Formula 1 Drivers: For those who are in head over heels for incredibly high speed, and the adrenaline rush it gives,  racing is indeed the favourite of all sporting events. Racing events are also the biggest platform for top cars with the latest models and technology to be seen and astonishes us with their fastest speeds, which is why gearheads who are also adrenaline junkies are in love with F1 Car Race Tournaments.

Formula One (also known as Formula 1 or F1) is the highest class of international auto racing for single-seater racing cars sanctioned by the Fédération Internationale de l’Automobile (FIA). The word formula in the name refers to the set of rules to which all participants’ cars must conform.

Formula One cars are the fastest operated road-racing cars in the world, thanks to extremely high cornering speeds attained by producing massive volumes of aerodynamic downforce.

Now if you are wondering who are the greatest and successful F1 drivers of all time, you are at the right place!  In view of the new technologies that have influenced the sport, the following list is based on the percentage of races won against the number of race entries, as it is not possible to compare racers from the early days of the F1 with the current crop.

Alain Prost, a French-born driver, was considered part of “The Group of All Time” in the 1980s and 1990s, which consisted of iconic duels with stars such as Nigel Mansell, Ayrton Senna and Nelson Piquet.

He earned his Formula One debut for McLaren in 1980. From 1980 to 1991, he won three F1 Championships with McLaren, and then in 1993, after a year break, he secured another Drivers’ Championship with Williams.

He also partnered with Ferrari and Renault, although he did not win any Championships with them. He’s won 51 of his 202 races. Later, he set up the Prost Grand Prix Team. He eventually died in 2002.

Faster than any other 90s racer, Ayrton Senna da Silva was a former Brazilian Formula One racing champion. Senna made his Formula One debut in 1984.

Sir John “Jackie” Stewart joined the Formula One race for British Racing Motors in 1965. In his career, he won three championships, the first with Matra in 1969, the second and the third with Tyrell.

He is well known for pushing hard for safety measures that are being used in today’s Formula One races. He’s won over 27 races.

Michael Schumacher is the best F-1 racer of all time. From 2000 to 2004, he won five consecutive Drivers’ Championships with Ferrari.

He has a net worth of $850 million, making him one of the sport’s richest athletes. He retired in 2006, but later came back in 2010, this time with Mercedes. He becomes popular among racing fans also considered as one of the most successful Formula 1 drivers.

Unfortunately, Vukovich was killed in a chain-reaction collision while maintaining a 17-second lead in the 57th lap of the 1955 Indianapolis 500.

Another outlier in the top 10, Wallard was another American specializing in the Indy 500. He entered three times, winning at the age of 40 in 1951, coming sixth the previous year. The Indy 500 remained part of the F1 World Championship until 1960.

Six-time World Champion holds a number of other records, including several career points. Lewis Hamilton is currently racing for the Mercedes-AMG Petronas Motorsport in Formula One. He recently came first in the 2020 F1 series.

He now has 84 race wins and 151 podium finishes under his belt which makes him one of the most successful Formula 1 driver. He helped the Mercedes team win the Formula One World Constructors Championship.

Jim Clark’s life was fatally ended during the Formula 2 race in Germany in 1968. Before his death, however, he had won 25 of the 73 races he had entered, and he was twice F1 World Champion for Lotus in 1963 and 1965. At the time of his death, he was leading the 1968 championship.

A double world champion, Ascari was one of the founding stars of Formula 1 in 1952 and 53. Driving for Ferrari, and later for Maserati and Lancia, he won 13 of the 33 races he competed. He is the only one of two Italian F1 champions-the other being Giuseppe Farina-and the only one to triumph for Ferrari.

Ascari was known for his careful precision and great accuracy that earned him the title of one of the safest drivers in the most dangerous era. He expired testing a Ferrari sports car in Monza, Italy, in 1955.

In the 1950s, El Maestro won five world championships with four different teams and won 24 of the 52 races he participated. With 46.15 % he holds the longest winning streak in Formula One. In Argentina, he was considered a national hero, and a museum was opened in his name. He is definitely the most successful Formula 1 driver in history.

Now if you are wondering who are the greatest and successful F1 racers of all time, you are at the right place!  In view of the new technologies that have influenced the sport, the following list is based on the percentage of races won against the number of race entries, as it is not possible to compare racers from the early days of the F1 with the current crop.