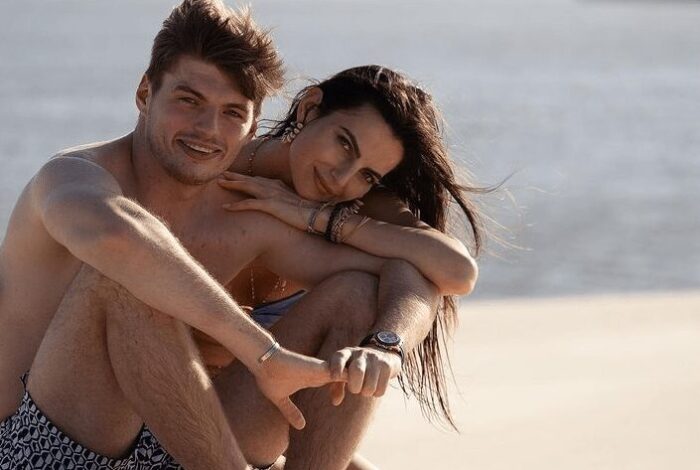 Max Verstappen is a 23-year-old Belgian-Dutch Formula 1 Racer. Born and brought up on 30th September 1997 in Hasselt, Belgium, Max is a famous Formula 1 driver of the Red Bull Racing team. Verstappen’s girlfriend Kelly Piquet came into the limelight when he celebrated his Monaco victory with the 32-year-old and smooching her in front of the crowd.

At the Australian Grand Prix in 2015, Verstappen made his first F1 debut and was the youngest ever sport driver, 17 years old and 166 days old. Since he began his career in 119 entries, he has finished high in many races. On 23 May 2022, after winning the Monaco Grand Prix, Verstappen was the first Dutch racer to lead the World Championship.

Max is currently dating Brazilian Model Kelly Piquet, the ex-girlfriend of another F1 racer. Let us have a look at Max Verstappen dating history.

Kelly is a born German though her roots are from Brazil, as she grew up there. She is the daughter of renowned F1 world winner Nelson Piquet. By publishing on their official social media handles, Verstappen and Piquet made their relationship public.

Verstappen and Piquet have also uploaded a picture on their Instagram handle earlier this year, highlighting Max Verstappen’s relationship and is a celebration of the couple on the beach.

Kelly dated Daniil Kvyat, the Ex-AlphaTauri and Red Bull Formula 1 Russian racer, for three years, from August 2016 to December 2019. The former couple also has a daughter together.

At the end of 2022, Verstappen split up from Dilara Sanlik, a long-term partnership. Verstappen and Sanlik began to meet one another in 2017, and Sanlik were also frequently spotted on race weekends in the F1 paddock.

In 2015, Max dated a Scottish racer Mikael Ahlin Kottulinsky . They first saw each other at a young racers summit. It was love at first sight for both of them. However, they called off their relationship in 2016 due to personal reasons unknown to the media.

Max was reportedly seeing Joyce Godefridi the same year where he called of things with ex GF Mickael. The relationship with Joyce was not official as none of them confirmed it in public. The rumours stopped as they suddenly stop hanging out.