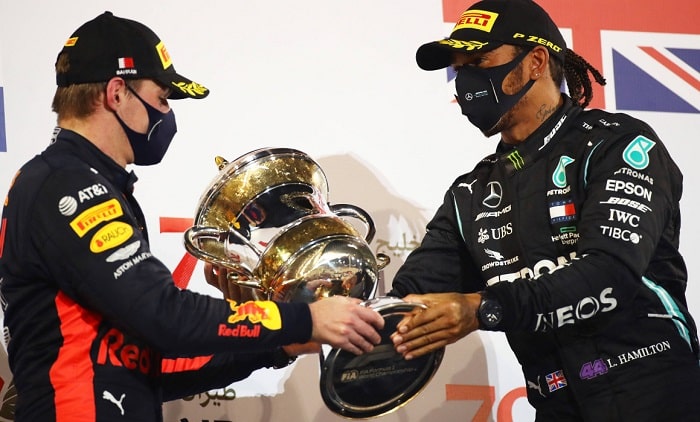 Lewis Hamilton vs Max Verstappen: One of the Greatest F1 Rivalry in History

The two Formula 1 rival are taking on each other in the race to become the best Formula One driver and lift the 2022 title.

The Lewis Hamilton vs Max Verstappen rivalry has been brewing for some time now. Former F1 world champion, Damon Hill, compared it to the tussle between Ayrton Senna and Alain Prost in the late 80s.

Just 8 points are separating the drivers going into the Hungarian Grand Prix. The winner of the race will most probably go into the summer break in the championship lead.

The rivalry got even more heated after the huge crash Verstappen suffered at Silverstone at the hands of Hamilton. When spoken to after the British GP Nico Rosberg spoke to talk sport and that “I think it will go down as one of those great rivalries. It reminds me of my rivalry with Lewis as well in the intensity”.

Hamilton vs Verstappen: One Of The Greatest F1 Rivalry In History?

Nico, who had been teammates with Hamilton and had a nail-biting rivalry with the 7-time world champion, has first-hand experience of such battles. Rosberg’s final season in F1 saw him edge out Hamilton for the 2016 world championship.

He also went on to say, “It will go down as one of the greatest f1 rivalry because Lewis is the best of all time and Max is the star of the next generation. It is going to be so intense, especially after what happened at Silverstone. The intensity is ramped up.”.

Rosberg, who was the last man to win the title in this Hamilton monopoly, further added on the incident at Silverstone that “They were giving everything, on the edge, and it was just a racing incident.”.

The former world champion has since retired and gone on to become a sustainability entrepreneur. He is also an investor in the all-electric Formula E and Extreme E championships.

When asked about life after retirement, Nico stated that he enjoyed his new work and spending time with his family. He also mentioned that he missed the sport and the races, which were an extreme emotional high.