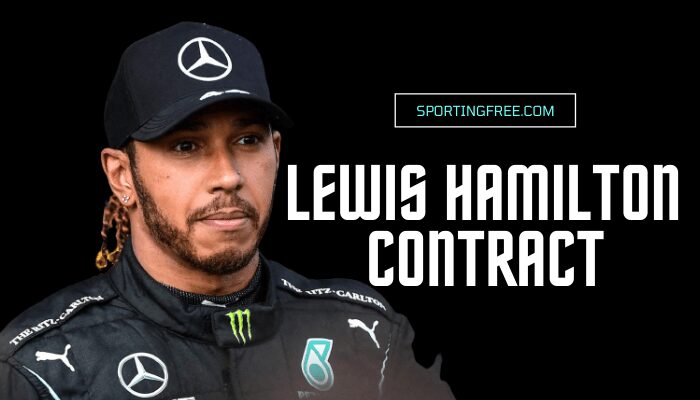 Lewis Hamilton Salary & Contract: According to The Sun, Lewis Hamilton has signed a new two-year contract with Mercedes F1 worth around £80million. That means he will drive for Mercedes in F1 until 2023 and make £40 million a year. Reporting on the ongoing negotiations, the outlet claimed that the seven-time world champion would then offer other conditions in return.

The 36-year old is one of the sports greatest figures, having won 7 F1 titles. The majority of his success has come with the silver arrows since joining them back in 2013. The move deemed a risk back then has more than paid off, with the Britton winning 4 consecutive world titles.

Hamilton’s current deal, which he signed less than 10 months ago, is set to run out at the end of the 2022 season. The Mercedes man is locked in a title fight with Redbull’s Max Verstappen might be looking to extend his stay in F1 with a new deal looking imminent.

Lewis Hamilton salary is $40 million per year, while his current contract worth around $80 million, including sponsorship and bonus.

The new deal that is said to be on the table would see Hamilton take a significant pay cut, but has some interesting conditions put forward by Lewis himself.

For example, any bonuses he receives for winning the championship would be doubled, and his contract would most likely last through the end of 2022, with a one-year extension option.

In addition to these monetary demands, Hamilton has requested a future role within Daimler [Mercedes’ parent company] to continue his advocacy for greater diversity in Formula One.

Mercedes CEO Toto Wolff has now informed Bild magazine that they have entered the ‘hot phase’ of negotiations and are nearing a deal with Hamilton.

However, such astronomically expensive incomes may be coming to an end. For the first time this year, F1 teams must operate within a budget cap, which does not yet involve compensation to drivers but may alter in the future.

Last year, Hamilton acknowledged that he didn’t feel comfortable negotiating a “large contract” while the pandemic was causing so many people to lose their employment.

Hamilton is arguably in a position where he can afford to take less, having already surpassed footballer David Beckham as Britain’s highest-earning sportsperson of all time.

That will make a strong case for anyone arguing that the time has come to put a cap on how much money F1 drivers earn.