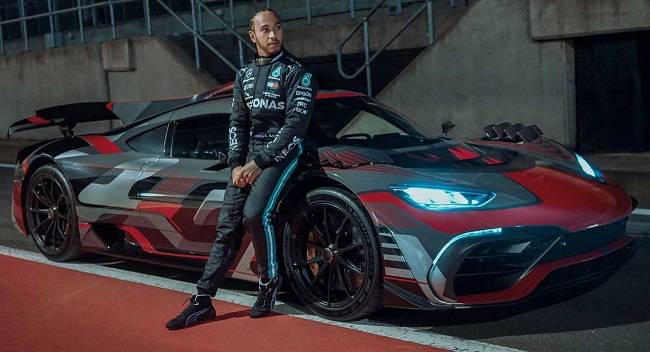 Lewis Hamilton Cars List: What cars does Hamilton own?

Sir Lewis Carl Davidson Hamilton is a British racing driver who currently competes for Mercedes, having previously driven for McLaren from 2007 till 2012. The 7-time F1 champion holds the records for the most wins, pole positions, and podium finishes. Off the track, Lewis Hamilton also collects many cars and supercars in his garage.

According to GQ, the Britain racer owns around 15 cars which he partly owns in Monaco while others are in his rented garage in Los Angeles. Out of the 15 cars, 8 supercars have attracted many eyes around the Formula 1.

Hamilton has been seen driving Ferraris around Beverly Hills, California. The roadster variant of the Ferrari 599, the SA Aperta, was introduced at the 2010 Paris Motor Show as a limited edition and Hamilton owns it even though he drives for his team’s direct rivals in the circuit.

With a V12 engine and 760 horsepower, the Pagani Zonda 760LH was specifically made for Lewis Hamilton (hence the LH in the end). He got his hands on this purple beast in 2012 which goes from 0 to 100 kmph in just 2.6 seconds but hasn’t been spotted out of his Monte Carlo house very often.

Another Ferrari that he owns in his private collection is the one he brought in 2010 to replace his second-hand Mini Cooper. He however has sold this car now.

The legacy 1966 Shelby 427 Cobra is also part of his collection. The ford engine produces 427 horsepower and clock from 0 to 100 kmph in just over four seconds.

One of the classiest American muscle cars, the Ford Mustang Shelby GT500 is part of Lewis’s impressive motor collection.

After leaving the McLaren racing team, he brought one of the 375 McLaren P1s that was made. With a 903 horsepower engine, the car can reach 100km/h in just 2.7 seconds.

The one more supercar that is waiting to be part of the Lewis Hamilton cars list is Mercedes-AMG One. It’s in the prototype stage, the car is made under the supervision of Lewis and his crew. The engine is based on the Mercedes Formula 1 engine, meaning it’s better for the environmentally friendly.