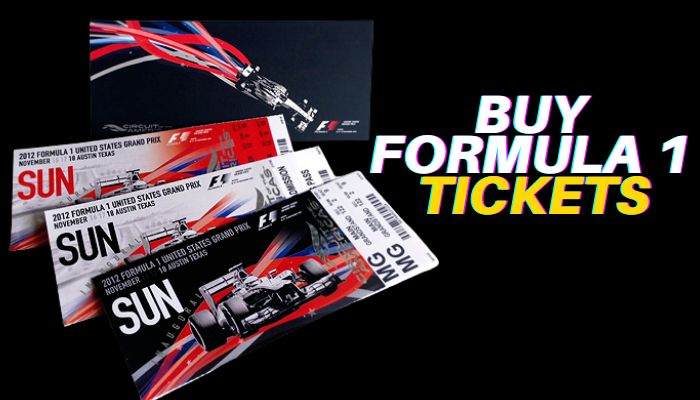 Watching the Formula 1 races on TV is fun, but have you tried experiencing the Fastest Cars in the world racing for the ultimate Championship. F1 is all set to welcome spectators inside the circuits after conducting last year’s championship without fans. If you are planning to watch F1 races live then here’s how you can buy Formula 1 tickets for each Grand Prix.

Formula 1 teams spend more than $400 million per on their car and Formula 1 drivers get a massive salary to entertain the motorsport fans. F1 races take place across the and the calendar keeps on changing due to many various reasons.

How to Buy Formula 1 Tickets for Each Grand Prix?

The 2023 F1 calendar features 23 races including a new Formula 1 Saudi Arabia Grand Prix and Dutch Grand Prix come back. There is always some variation in race venues from year to year, so be sure to use the current race calendar. You can book F1 tickets from the official Formula 1 website.

Passport and visa requirements differ from country to country. You should check with your embassy or national tourist office. Check out other restrictions that may apply.

You can check the official F1 site for all the timings and dates including Friday’s practice sessions, Saturday’s qualifying sessions, and Sunday’s final race. Here’s the 2023 F1 calendar of races:

Buy the Formula 1 tickets well ahead of the time as it will get you up to 10 to 30% off discount on each race. Purchase well ahead of time. Has the formula 1 calendar goes up Tu To The end of the Year the best of the grandstand views could be sold out at discount prices.

F1 Grand Prix tickets are packed for 3 days. However, cheaper packages are available if you don’t want to attend all 3 days of the event.

Spectator seating areas will be placed strategically in areas of interest around the track. Most will have large screen televisions facing the seating area so that action on other portions of the track can be followed. Grandstand locations and television screen locations will be shown on the track map.

Decide to sit in a grandstand seat. The grandstands are named to identify the specific seat location. Each venue will specify if seating is open for free practices. For most races, grandstand ticket holders must take their assigned seats

Get in closer to the action. Each venue has an area called the Formula 1 Paddock Club. The Paddock Club is on the second floor of the building that houses the racing team pits. From the Paddock Club, you can look down at the action in the pits or watch the entire race from an open balcony. Food and drink are included for the entire day.

Tour the pits. Formula 1 has no such thing as a pit pass that allows free entry to the pits. Paddock Club attendees are typically offered short escorted pit walk tours at pre-arranged times.

Once you’ve decided on an F1 race, choosing which F1 tickets to buy and where to buy them is one of the most important decisions. Some race organizers sell tickets through official channels (such as the website), while others direct ticket sales to ticket sellers.

The customer experience, information on available tickets, and the buying process may vary in efficiency depending on the destination.

F1 Tickets can be purchased directly from the racing association or the Formula 1 travel agency serving the route. The official website of Formula 1 offers these and other professional online tour operators.

The Formula 1 tickets price varies with Grand Prixs but still, it is quite expensive. The lowest price F1 ticket would cost you around $44 and could go above $1500. The tickets prices depend on many factors including stand, the popularity of Grand Prix, availability and timings.

The cheapest F1 tickets are offered by the following Grand Prix – China, Japan, Hungary and Russia. The cheapest General Admission tickets for the F1 Chinese Grand Prix would cost around $70 while Abu Dhabi offers the most expensive Formula 1 tickets, which cost around $272 for general admission.

Tour operators usually provide hotel deals and transfers between hotels and routes. The cost of the activities varies but usually starts at $1,000 per day.