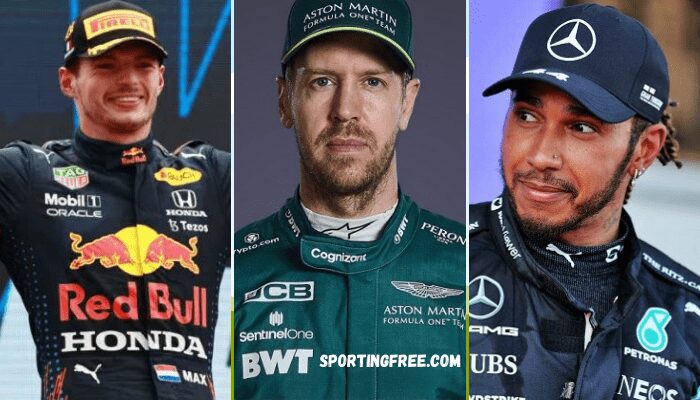 The pinnacle of motorsport always attracts the biggest names and the best drivers when it comes to grabbing an F1 seat. Here we reveal the top ten highest-paid F1 drivers on the grid for the 2022 Formula 1 season.

The veteran Finnish driver kicks of our list and takes home a cool $10 Million. The Iceman as he is aptly nicknamed for his composure and ease of doing things has been one of the biggest names in F1 making his debut 20 years ago!

Now pushing 40 the 2007 world champion still remains one of the top drivers in the sport and proving all his critics wrong.

One of the cool kids on the grid, Stroll, was unveiled shortly after his 18th birthday by Williams in 2017. The Canadian hot-shot is a 3-time podium finisher, the youngest rookie, and the youngest driver to sit on the front row.

Now driving for Aston Martin, owned by a consortium led by his billionaire father, he also collects a check for $10 million.

After a solid 2022 season, he is another driver who has switched teams moving from McLaren to Ferrari. The son of a 2-time world rally champion is the 3rd person on our list making $10million.

The matador from Spain is also a 3-time podium finisher, taking a brilliant 2nd place in this years Monaco Grand Prix.

The 2nd Fin on the list and the 4th Driver to earn $10 million a year. The Mercedes man is forever in the shadow of his teammate.

But don’t let that deceive you from his talents as one of the most consistent racers on the grid, amassing 60 podiums and 9 race wins. The 2-time runner-up in the driver’s championship is rumoured to be in his final season at the silver arrows, with talk of George Russel replacing him.

Scuderia Ferrari’s golden boy takes the 6th spot on the list. The Monégasque racer has shown his brilliance throughout the junior formulas and since making his F1 debut in 2018. Adored by the tiffosi the 2-time race winner is the face of Ferrari for the years to come.

The Aussie Honeybadger collects a sweet $15 million after his switch to McLaren from Renault. Ricciardo has been one of the most talented drivers on the grid since his early days and one of the last of the late breakers.

One of the clowns of the paddock, his goofy energetic persona, has a razor-sharp racing bite to it. The 7-time race winner will look to unfold a new chapter in his career with his new team this season.

The closest challenger to Lewis Hamilton outside of Mercedes in recent years places 4th, Sebastian Vettel is one of the highest-paid F1 drivers, earning $15 million a year. The 4-time world champion will be driving for Aston Martin after having a far from fairy-tale ending at Ferrari.

The German will be looking to re-find his blistering pace after a tough 2022 season and drive the green British great to glory.

The 2-time world champion Spaniard is making a return to F1 after an absence of 3 years. Returning to the team where he became world champion now rebranded as Alpine, it’s a kings return for the 39-year old.

The returning Alonso will be taking home a treasure chest of $20million at the French team. He will look to return to his title-challenging days with his title-winning team.

The Dutch racing prodigy is second on our highest paid Formula 1 drivers list, making a whopping $25million at Redbull. The son of F1 driver Jos Verstappen looks to achieve what his father could not and become a world champion.

Making his F1 debut at the age of 16, even before he could legally drive, gives you all the indications of his talents. The 14-time race winner looks to make 2022 his season and take the title fight to the reigning champion.

Once again, finishing on the top step is none other than Lewis Hamilton, the highest-paid F1 driver in the world. The 7-time world champion earns an eye-watering $30million a year. The British racing legend has dominated this era and made it his own.

Winning an 8th world championship will take him past the great Michael Schumacher and make him the single most successful F1 driver of all time.