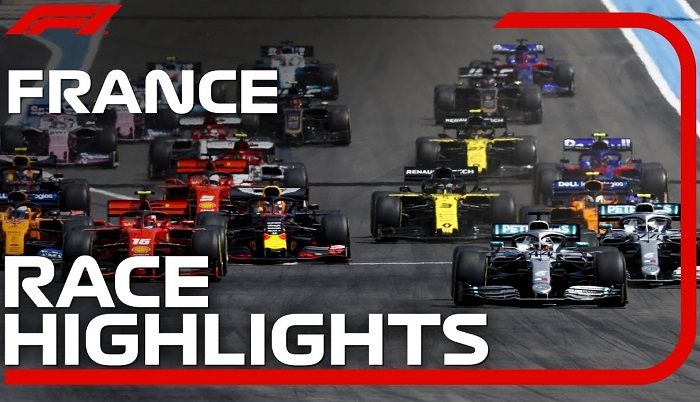 Max Verstappen and Red Bull have dominated the French Grand Prix so far, with Verstappen took Sunday’s pole position ahead of Lewis Hamilton. Both the drivers are placed at the difference of just four points. Now all eyes are on Today’s Sunday race in France. If you miss the live race, you can catch F1 French Grand Prix 2022 highlights video and race result after every session.

Q1, Q2 and Q3 results from qualifying at the French Grand Prix 2022

The French Grand Prix is back on the F1 calendar, which was cancelled due to the covid-19 pandemic. The 2022 French Formula 1 GP is the seventh race of the season, taking place at the Paul Ricard Circuit. Valtteri Bottas tops the opening practice session ahead of Lewis Hamilton and Max Verstappen.

Max Verstappen and Lewis Hamilton lead the drivers’ championship, and French GP is expected to be a thrilling encounter between them. Both drivers were crashed out in Azerbaijan, making way for Sergio Perez’s first victory for Red Bull.

The Formula 1 French Grand Prix 2022 begins on June 18 and will end on June 20. The Paul Ricard Circuit started with the Friday practice 1 and 2 sessions followed by Saturday, June 19 qualifying round, while the Formula 1 French GP 2021 is scheduled to take place on Sunday at 14:00 UK time.

The Sunday’s race will start at 9 a.m. ET. Here’s the complete TV schedule for the French Grand Prix (Eastern.

The French Grand Prix is all set to witness the Mercedes vs Red Bull fight as Max Verstappen is at 107 points and Lewis Hamilton at 104 points. Both Red Bull and Mercedes drivers would take the lead in the championship at French F1 GP.