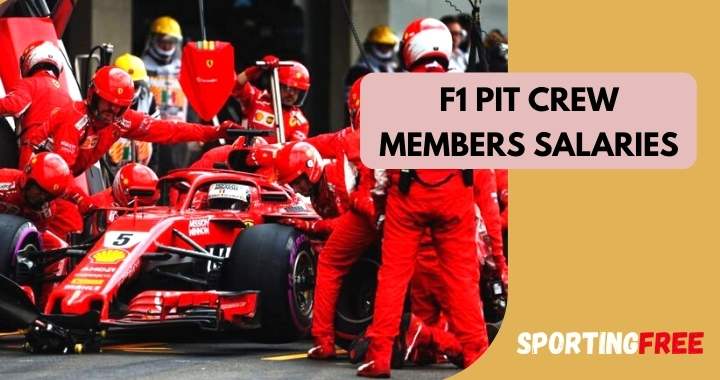 The sound of cars, the adrenaline rush involved in racing is the best part about F1. However, in the light of appreciating the Formula 1 drivers, we fail to notice the hard work and importance of the pit crew members. Yes, the pit crews are the lightning-fast mechanic squad of the racer. There is no official confirmation but recent reports revealed the Formula 1 pit crew members salaries and bonuses.

F1 Pit crew need to be extremely fast, careful, agile, and perfect in their job otherwise any delay or mistake could result in the driver losing the race then and there itself.

F1 is the grandest international racing tournament authorized by Fédération Internationale de l’Automobile (FIA). Biggest companies such as Mercedes, Ferrari, and Red bull look to rope in the best drivers to clinch the most F1 titles. Thus as much as the race is important to the sponsors, drivers, it is also equally important for the pit crew members.

We are the first ones to appreciate the driver for its amazing performance in a race but also the ones to criticise the pit crew team if they commit an error. This article will guide you to know the pit crew members in-depth and what are the salaries paid to the F1 pit crew members for performing their roles.

Crew Chief is the highest-paid Formula 1 pit crew member as he is the leader of his squad and responsible to pick his team.

Each team consists of 20 pit crew members in an F1 race. A driver needs to make multiple stops at their pit station for a tire change, refueling, and many such factors.

Thus it won’t be wrong to say that the fate of a race equally lies on the pit crew’s hands. Here is the list of roles of 20 crew members.

Disclaimer: The above information about the Formula 1 pit crew members salary are based on the analysis, research and reports released by the trusted sports portals.