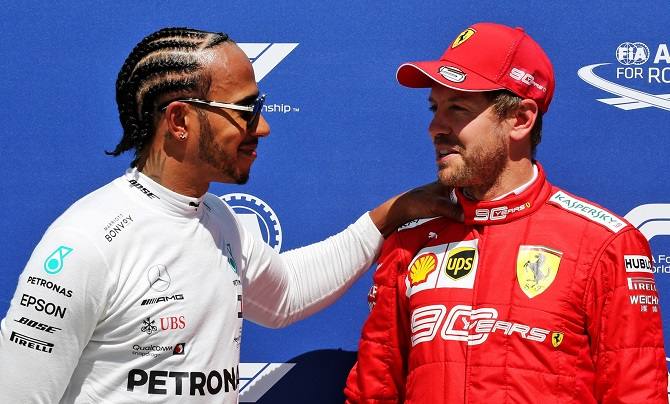 If you are a Formula 1 fan, then it’s not surprising that F1 legend Lewis Hamilton is the highest-paid Formula 1 driver right now. The world champion Hamilton making $65 million from his deal with Mercedes while his rival Max Verstappen earn around $23.5 million with Red Bull, and Aston Martin driver Sebastian Vettel is now far behind with reported earnings of $23 million. 2023 has witnessed a few contract extension and increment in the F1 driver salaries.

The most successful Formula 1 champion, Lewis Hamilton, remains the best-paid driver, followed by Sebastian Vettel, Daniel Ricciardo, Max Verstappen and Fernando Alonso who received an increment in the F1 salary.

As you know, Lewis Hamilton is the richest sportsperson in Britain as per Forbes. Hamilton earns a yearly salary of $65million as per his 3-year Contract with Mercedes, worth around $200 million.

The top earners in Formula 1 drivers also include F1 Driver Sebastian Vettel, who has signed a record deal with Aston Martin F1 and has an annual salary of $23 million per year. Max Verstappen has extended his contract with the Red Bull till 2023 and will receive a base salary of $23.5 million per season.

Who is the highest paid F1 driver?

Lewis Hamilton is the highest-paid driver in Formula One, according to research. A deal with Ferrari worth $65 million guaranteed per year excluding bonuses, which makes him one of the highest-paid sportsperson in the world.

Formula One also known as F1 Racing is the most competitive and highest class of single-seat car racing sport. It is authorised by FIA (Fédération Internationale de l’Automobile). However, the FIA Formula One Racing began the inaugural season in 1950.