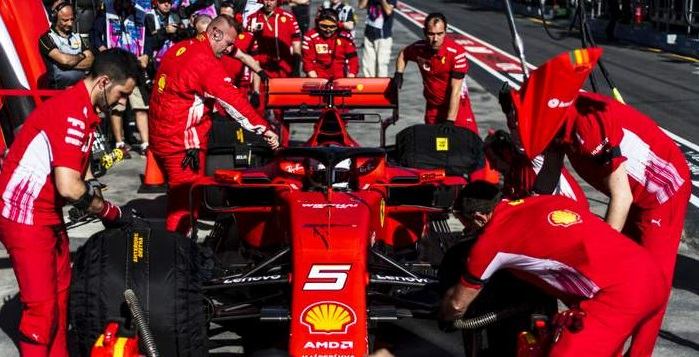 How much does an f1 car cost? Formula 1 popular teams such as Ferrari and Mercedes spend huge money on the F1 cars, estimated at around $450 million. Formula 1 cars are one of the fastest cars in the world which makes them more expensive.

Building an F1 car from scratch costs around 14 million dollars to the F1 teams. And this only covers the expense of the main components of a Formula 1 car. As it is very difficult to account for the cost of the engineering and design that goes into the production of these components.

How much does an F1 Car Cost?

Although the cost of the main components of a Formula One car can come to over 12 million dollars, constructors try to mask the total to avoid penalties by the FIA. According to research, F1 car cost estimate around $13 million (€10.6m/₹94 crores) as of 2023.

It has five other ancillary components and they are together called a power unit. Constructors only reveal the cost of the engine block.

How much does F1 Engine cost?

Cars of F1 are built with powerful engines that can produce good speed on the track. The engine is one of the most expensive parts of the F1 racing car. It is built for the price of around $10 million up to the demands of the racing team managers and owners.

Engines were managed in such a way that they can be adjusted in cars. F1 teams like Mercedes, Ferrari, and McLaren who demand engine’s from Japanese companies like Honda will definitely get help to reduce the cost of engines.

How much do F1 Front wing & Rear wing cost?

When the car picks acceleration on the track, wings play an important role in balancing during the turns. Almost $300,000 required to build a better front wing and nose cone, some teams use less budget front wings which may cost them $150,000.

The rear wings will cost almost $150,000 maximum if they are upgraded from a better maker of Motorsports.

How much do F1 Steering wheel cost?

The actual control of the car is being controlled through Special steering wheels designed for F1 cars. The cost of the F1 steering wheel is maximum ($50,000-$100,000).

How much do F1 Fuel tank cost?

Fuel tank cost ($140,000) and some maintenance cost required for it because a single mistake caused major fire damage during the car. The average formula one car used almost ($500,000) petrol during a season. Almost 200,000 litres in a single season during practice sessions and racing sessions.

How much do F1 Gearbox cost?

The gearbox is another important component in formula one cars. The cars mostly use highly sophisticated semi-automatic, seamless shift gearboxes. The gearbox cost maximum to an F1 team almost $440,000 but some teams upgrade them before the season began to get better performance which cost them an extra amount of $160,000.

How much do F1 Tyres cost?

A report published about the F1 tires cost almost $1,715. The maximum limit of the tires used on the tracks was upto 20,000 miles. There are three types of tyres used during the race (Dry, Wet and Normal).

How much do F1 Accident Damage Cost?

A single accident caused major damage to the car on the track. Reports suggest the damaging of formula one cars the reports claimed a car can cost maximum damage up to $550,000. Which include rear wings, front wings, chassis and some parts of engines.

How much do F1 Carbon fibre monocoque?

It costs around $650,000 to build the structure of the body of an F1 car, carbon fibre monocoque. Few racing teams go for normal body structure instead of expensive ones.