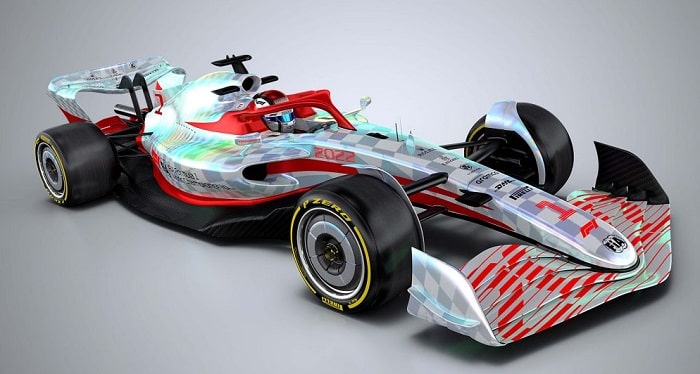 The teams and drivers will be very excited for the new season as the 2022 season approaches its end. The FIA has worked with all the teams in F1 to put out the best possible cars for next season. Let us have a look at what we all know about the F1 2022 car.

Some regulations were to come into effect in the 2022 season, but because of Covid, they got delayed. One of the regulations was to allow closer racing, meaning more overtakes. Going into engineering terms, the cars lose 35% of their downforce when approximately 20 meters behind the lead car, which increased to 47% when reduced to 10 meters.

The 2022 season car, developed in collaboration with the FIA, has emphasised a ‘Ground Effect’ aerodynamic process. This reduces the above figures to 4% at 20 meters and 18% at 10 meters.

Wheel Covers Are Back

Last seen in the 2009 season of F1, the wheel covers will return in the 2022 season. The wheel covers do a good job increasing the downforce on the wheels, allowing a better racing experience. There will also be a new feature of over-wheel winglets to control the wake coming off of front tires.

The Front Wing and Nose

The rear wing of 2022 F1 cars is beautiful, adding to the car’s looks. The shape and position of the new rear wing are such that it allows rotational airflow. It collects the wake of the rear wheels and rolls it to exit through a diffuser.

The FIA worked with the F1 teams to bring in some vital changes, but the power unit is constant for the next season. The cars will retain the current 1.6litre turbo-hybrid units. Retaining the engine is one of the good decisions as it is already one of the best and efficient engines.

As for fuel, F1 is working on introducing fully sustainable fuel. Although that’s not the case for next season, the fuel contains 10% bio-component.

The new car for the next F1 season was unveiled on Thursday before the British Grand Prix. Fans were not only seeing a life-size 2022 F1 car but were also talked through the design and the concept.

New-season will surely bring new excitement, the teams will be ready, the drivers will be ready. Are you ready to witness the next-gen F1 car next season?