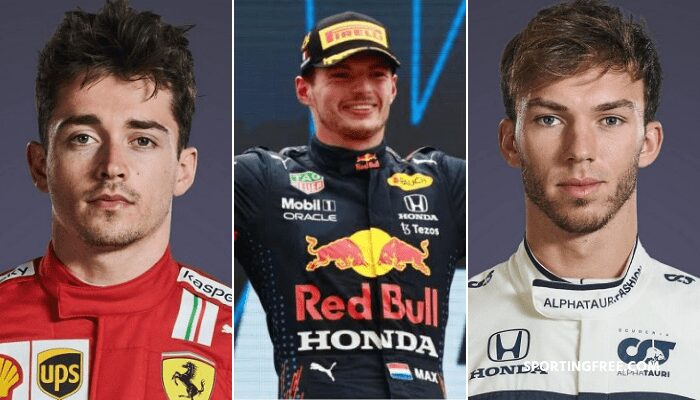 Formula 1 is the pinnacle of motorsport. It has the most advanced and fastest cars in the world. Manoeuvring these cars is no mean feat and requires special talent and skill. It is fairly straightforward that the top of the motorsport pyramid would have the cream of the crop when it comes to drivers. The drivers that make it onto the grid are some of the best in the world. Let us take a closer look at the top 10 best F1 drivers on the current grid.

The 4-time world champion is the kick-off of the list. One of the best Formula 1 drivers of his generation winning 4 titles in a row, the Aston Martin man has clearly left his mark in the sport. After a far from impressive 2019 and a dismal 2022, Vettel is trying to re-find his spark at newcomers Aston Martin.

Vettel, on his day, gives us flashbacks of the glory days, like that stunning podium finish in Baku this year. We hope he reverts back to his old ways of absolute domination of the scene.

The honey badger is one of the most likeable figures in F1. But make no mistake, he is also one of the most fearsome racers on the grid. If this list were made 2 years ago, the Aussie would definitely be in the top 5 and even fighting for a podium.

But an underwhelming 2 years at Renault followed by a tough start to life at McLaren sees him this far down the list. A championship-winning material driver Ricciardo has been hugely unlucky with the machinery he has been handed. With him only getting older, McLaren is the best shot he has at the title.

The Mercedes second man ranks seventh on this list. The only reason he ranks so low is that he has not done anything extraordinary with the package the team provides him. Still a brilliant driver we have seen flashes of excellence from him.

But he has largely been outshone by his teammate. With George Russell eyeing his seat and a move looking more and more imminent, Bottas will have to make 2022 his year if he is to retain the Mercedes seat.

The man in prime position claims that the Mercedes seat ranks above the only man standing in his way Bottas. The Britton has been exceptional since his debut for Williams in 2019. He has constantly extracted the most from the car that belongs at the back of the grid and performed some stellar qualifying feats.

He even demonstrated his race-craft and pace when he had the one-off outing in Lewis Hamilton’s Mercedes in Bahrain, nearly taking pole and winning the race. This season Russel has stepped up his performances, and that elusive Grand Prix point with Williams look ever closer.

The Monegasque driver is regarded as one of the best F1 drivers on the circuit. Making his debut in 2018, he has quickly become Ferrari’s golden boy and Championship hopeful. With the struggles Ferrari has gone through with the car, his performances have been off the charts.

He has consistently dragged the best out of the machinery putting his car in places where it would not normally be. This season has been full of mixed performances so far, but once Ferrari has a car at their hands, Leclerc looks like a future world champion.

The Frenchman has evolved into one of the best drivers in the Formula 1 being demoted to Alpha Tauri in the middle of the 2019 season. The 25-year old has re-found his groove and has delivered some stellar performances.

Since his second stint at Alpha Tauri started, he has picked up 2 podiums and an iconic race win at Monza. The consistent display of quality has him talks of either being promoted to the Redbull main team or moving elsewhere.

The Mexican driver has been around the F1 scene for quite some time now. The 31-year old made his debut back in 2011 and saw most of his career fighting it out in the midfield. Sergio Perez has still notched up 12 podiums and 2 race wins despite being strictly in midfield mediocrity.

Last year, his strong set of performances saw him land a drive at Redbull, a dream move for him. Although it has not been all smooth sailing at Redbull, Perez is slowly coming to life at the team.

One of the young guns on the grid, Norris, has solidified his status as one of the best F1 drivers on the grid. Making his debut as 19 years old in 2019 at McLaren, he now enters his third season in F1.

A stellar start to the season has seen him pick up 3 podiums and some outstanding driving. This sees the 21-year old sit 4th in the championship, just 3 points behind Sergio Perez. The British youngster is only going to get better as his career progresses.

The current championship leader and F1 prodigy. Max Verstappen has been at the grid for nearly 7 years now, and he’s only 23! Making his F1 debut as a 17-year old in 2015, he was the youngest driver ever to start a Grand Prix.

He became the youngest-ever driver and the first Dutch driver to win a Formula One Grand Prix when he won the 2016 Spanish Grand Prix on his Red Bull Racing debut. If anyone can end this Lewis Hamilton supremacy, it his him, and he has put himself in a prime position to do just that this year. Right now, he is one of the best F1 drivers in the world.

The legend of Formula 1 and the man with the joint-most F1 titles. Lewis Hamilton has been the man to beat in the turbo-hybrid era. The Britton has been one of the top drivers in the world since his debut. His innumerable records and stats solidify his status as the best Formula 1 driver on the grid, some even labelling him as the greatest of all time.

READ: Lewis Hamilton vs Michael Schumacher: Who is the Greatest F1 Driver?

That has not been the case this season as Max Verstappen and Redbull have finally mounted a terrifying title charge. Hamilton will have to fight it out with the youngster if he wants to secure his record 8th World Championship this season.