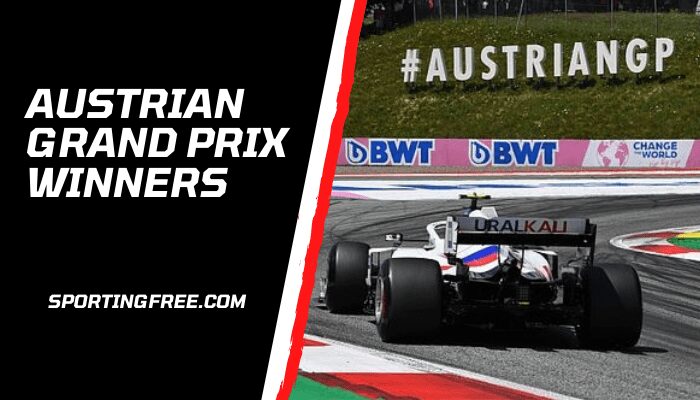 Max Verstappen of Red Bull led every lap of the Austrian Grand Prix from pole position, much to the pleasure of the thousands of orange-clad spectators who gathered to see him.

Super Max also set the fastest lap of the race, adding a bonus point to aid him in his title charge.

Valtteri Bottas has won the opening race of the 2022 season, defeating Ferrari’s Charles Leclerc in Austria. Throughout the 71-lap race, the Mercedes duo of Bottas and Hamilton had a comfortable performance edge. The race erupted into life with 10 laps remaining, with Hamilton receiving his penalty for sending Albon into a spin on a Safety Car restart on Lap 61.

Norris set the fastest lap of the race in the penultimate lap edging out Bottas’s time by 2 tenths. The Britton taking home the bonus point in the season opener.

Charles Leclerc came agonisingly close to becoming an F1 race winner. Still, he was denied the honour at the Austrian Grand Prix after being passed by a magnificent Max Verstappen two laps from the finish. Verstappen closed out his second win in 2 years at the Redbull Ring.

Verstappen set the fastest lap of the race, getting the better of a Ferrari, this time Sebastian Vettel.

Mercedes appeared to have the Austrian Grand Prix under control. Valtteri Bottas and Lewis Hamilton both retired, but calamity struck spectacularly. Max Verstappen took advantage of the situation and won for the first time in the season.

Kimi Raikkonen finished on the podium for the fifth time in 2018, tying his best finish on this track from 2003. To top it all off, the Finn also took home the fastest lap of the race.

Bottas, driving a Mercedes, won the race after just holding off Vettel’s fast-closing Ferrari to the finish line. In a Red Bull, Daniel Ricciardo held off a late drive from Bottas’ teammate Hamilton to finish third.

The Britton took home the fastest lap in a race that saw his teammate take the podium’s top step.

Who wins the Austrian Grand Prix most?

Max Verstappen is the most successful F1 driver at the Austrian Grand Prix with three wins. He won his first Austrian GP in 2018 when he was just 19 years old. Max later won the 2019 GP and now the 2022 Austrian GP. He is one of the youngest Formula 1 racing drivers right now.