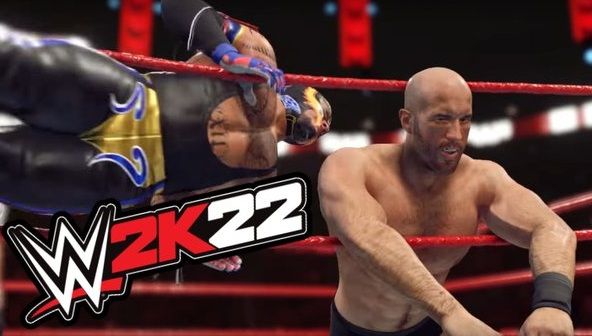 WWE 2K22 is an upcoming professional wrestling video game which is developed by Visual Concepts and published by 2K Sports. All eyes will be on this game as the WWE 2K21 was cancelled because of poor response, technical glitches and overall failure of the 2K20 version of the game. As this is an early stage, there is very limited information regarding WWE 2K22. . Here’s everything you need to know about the game including the WWE 2K22 release date, roster, cover, how much it cost, it is playable on PS5 and Xbox Series X and new features.

WWE 2K22 was officially announced at Wrestle Mania 37 in April and the publisher revealed the trailer of WWE 2K22 featuring Rey Mysterio and Cesaro.

What is the WWE 2K22 Release Date?

The official release date for WWE 2K22 is yet to be announced. For the past three years, WWE 2K games have been released in October.

According to some reports and sources, WWE 2K22 is speculated to be released either on October 18 or October 19, 2022. It is rumoured that the release date might be announced during the Summer Slam 2022 which is set to take place on August 22.

Where to watch WWE 2K22 Trailer?

The trailer for WWE 2K22 was launched during Wrestle Mania 37 and featured Rey Mysterio.

The roster reveal is yet to be declared officially. Superstars like Roman Reigns, Braun Strowman, Charlotte Flair, Rhea Ripley, Bianca Belair and Sasha Banks will most likely make the list.

The only confirmed characters, as of now, are Rey Mysterio, Cesaro, Bayley, Booker T, and Ric Flair. Debutants like Dominik Mysterio and Angel Garza might feature.

WWE 2K22 will have two separate covers featuring both male and female superstars separately rather than together.

What new features will WWE 2K22 have?

WWE 2K22 will most likely have the GM Mode feature. 2K global communications manager Al Stavola said that he wants to try out different ideas and want to bring everyone along for the journey.

Which consoles will WWE 2K22 be out on?

WWE 2K22 will be available only on PlayStation 4 and Xbox One and not have a NextGen version for PS5 and Xbox Series X.