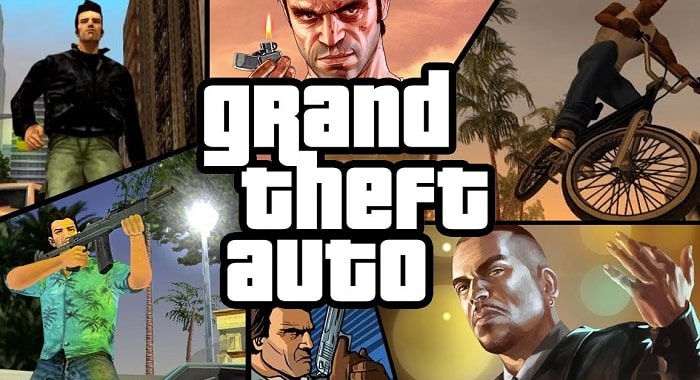 Which is the Best GTA Game: GTA 5 vs Vice City vs San Andreas

Over the past 2 decades, the GTA series has released some phenomenal titles. GTA has revolutionized how the industry looks at open-world games as a whole. From GTA 3 to GTA 5, we rank the Grand Theft Auto titles from best to worst. It is to be noted that even the so-called worst game on this list is still brilliant and an absolute rager. But which is the best GTA game, GTA 5 vs Vice City vs San Andreas.

We have not included GTA 1 and GTA 2, which are brilliant games, but they are PS1 titles and different from the later entries.

This was the game-changer that showed Rockstar the future. It showed the gaming community how a good 3D open-world game should be. One of the best-detailed sandboxes at the time, Liberty City was immersive enough to have players do random things for hours on end and forget about the main story.

Filled with side quests and mini-games like tasks, the game had the player hooked. The game wasn’t without its fair share of issues like occasionally confusing missions, bad gunplay etc., but there were just minor issues for the open-world structure.

San Andreas was built on the excellence of Vice City. The game had triple the map area with its 3 cities- Rockstar’s rendition of LA, Vegas and San Francisco- unique in their own ways. Protagonist CJ managed to keep the plot on track amidst the myriad of things one could do in the game. San Andreas almost resembled a life simulator at times. One could do absolutely anything from building muscle at the gym to go on dates and play pool with your crew.

Niko’s journey of the American dream is what we loved about the game the most. Supposedly dramatic cutscenes are intermingled with open-world mayhem, and the tone changes dramatically from heartfelt to ludicrous. The game sees Rockstar focus more on the characters making the player care about the protagonist and his story.

All of this was wrapped up in the open world brilliance and gave us little to complain about. The gun-play and physics of the game were arguably the best of any GTA title, which is a bit of a surprise.

Second, on our list is the Vice City. It is hard to point out any wrongs of the game apart from some wonky physics. The storyline with Tom Vercetti was phenomenal- loyal and intelligent, he had the players hooked in his quest for the underworld takeover. Set in one of the best eras, the recreation of the game of 80s Miami is spot on.

The city had a pulse of its own, with rival gangs scrapping in the streets or malls and hotels you could actually enter. Ambitious missions and a wider variety of both weapons and vehicles put it a step above GTA 3.

Whether it’s the gameplay, locations, missions, visuals, or everything else, GTA V is the best GTA game ever. IT is unquestionably the king of the kingdom. It is an extravagant perspective on modern life’s indulgences, situated in a large metropolis full of not-so-nice people. There are 3 protagonists, none of whom are loveable by any means.

They all bring something unique and exciting to the table, which makes it interesting. Switch through the three and do whatever you want, wherever you want. If that ever gets boring, there is the always vibrant GTA online where you can be whoever you want.

Rockstar has got the community absolutely peeled to their screens waiting for the announcement of GTA 6. Everyone is buzzing and hoping that the newest GTA title will arrive sooner rather than later.