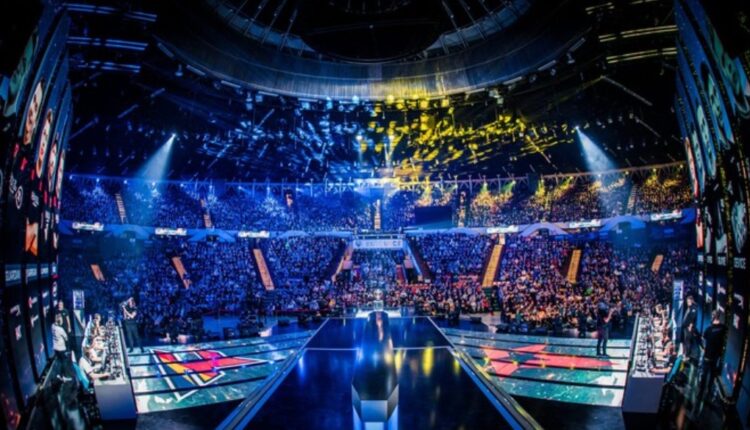 The Main Contenders For the Victory of IEM Katowice 2022 in CS:GO

The 2022 season in CS:GO is gradually gaining momentum. The first stage of BLAST Premier: Spring Groups has recently finished, and now one of the most prestigious tournaments in this esports discipline, IEM Katowice 2022, is entering the forefront. The major championship will be held from February 15 to 27. 24 teams will play for $1 million, the winner will get $400,000.

What is the essence of IEM Katowice?

Tournaments of the Intel Extreme Masters series are among the most ancient in esports. Since 2006, Intel has started holding tournaments under its own auspices. Moreover, the IEM series includes competitions in various disciplines.

But the most popular championships are in Counter-Strike. Since 2007, a unified IEM tournament format has already been formed, within which a series of qualifying competitions are held, at which, in addition to cash prizes, quotas for the final part of the series are played. Traditionally, the final part is held in a LAN format with spectators in the stands.

The IEM tournament first came to Katowice (Poland) in 2014. Then, in the wake of the success of the Polish Counter-Strike, Virtus.pro roster with Jarosław pashaBiceps Jabkozowski. The IEM Katowice Major had a huge prize fund for those times – 250 thousand dollars, the tournament was a success in many aspects. High level of play, good organization, spectator interest. So, since then, Katowice has hosted a major IEM tournament almost every year.

Format and program of the tournament in 2022 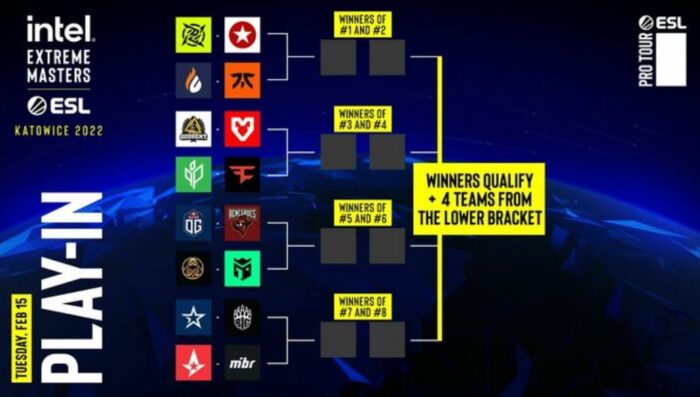 As we said above, 24 teams are taking part in IEM Katowice 2022. The championship takes place in several stages. Everything starts at the Play-In stage. On February 15 and 16, 16 teams will compete for eight tickets to the group stage, where the giants of the world CS:GO – Natus Vincere, Vitality, G2 and others – enter the battle.

The matches of the first round of the Play-In are held in the best of 1 format (up to one victory). Already after the first match, the losers will fall into the lower bracket, where they will no longer have the right to make a mistake. In the subsequent stages, the match format is best of 2. At this stage, there are many promising teams, as well as well-known organizations that are at the stage of restructuring.

Already at the first stage of the championship, well-known teams enter the game – Astralis, FaZe Clan, Ninjas in Pajamas. Despite the big names, each of these teams has a reason to be at this stage. But, it is quite likely that passing to the group stage through such a selection will help the teams. They will be able to get in shape and gain confidence.

A strong favorite is FaZe Clan. After problems in 2021, the European mix is ​​slowly gaining stability. Twistzz demonstrates an excellent game, ropz joins the club well. But there is a huge minus – ropz will not take part in the tournament due to the coronavirus. He will be replaced by jks in the team. The margin of safety of the entire roster should be enough for FaZe to confidently advance to the group stage.

Astralis – very little remains of the former glory of the legendary Danish club. The club left the coach and several players. Now, glaive and Xyp9x are trying to play along with blame and k0nfig, but with mixed success. Despite this, the Danes still have good individual skills. To confirm your status, you need to go to the group stage. And they can do it.

Ninjas in pajamas. It seems that the high-profile transfer of the once best player in the world, Nikolai device Ridtz, did not justify itself. The Dane never played at his level for the Swedish club, and now he will miss the tournament due to mental problems. Without their star sniper, the ninja must remain a powerful team. And the draw at the start of the Play-In is quite working for them.

Main contenders – NAVI, G2, and others

In the main stage, mastodons gathered. True, it is still difficult to make specific predictions. As part of this stage, the teams will play in two groups of 8 teams. Mesh – double-elimination. In case of defeat in the upper bracket match, the team falls into the loose pull, where it has another chance to reach the playoffs. The following teams are currently playing at this stage:

In a good way, Natus Vincere should be called the main favorite to win the tournament. The Born to Win have won everything they can in 2021 and have been the best team in the world for a long time. However, at the beginning of this season, the team of Ukrainian Oleksandr simple Kostylev had certain problems. NAVI suffered three defeats at BLAST Premier: Spring Groups, but at the decisive moment, they got together and qualified for the final stage of the championship.

It is noticeable that Natus Vincere are not in optimal shape now, so it is difficult to call this club the main contender for victory. G2 is a top team with strong individual players. At the beginning of the season, the European club made a powerful transfer by purchasing young talent Ilya m0NESY Osipov from Natus Vincere. The 17-year-old sniper has already made a successful debut for the team, it is clear that he has significantly strengthened the club, although he has not yet completely joined the team’s game.

Let’s not forget Niko Niko Kovac – one of the best players in the world, who is in great shape. G2 are able to reach the very final stages of the tournament and aim for victory. It’s not for nothing that G2 played in the final of the Major.

Vitality – the French club has updated its roster by signing dupreeh, Magisk and coach zonic from Astralis. At the last BLAST, the team of Mathieu ZywOo Erbo won four victories in five matches and confidently advanced to the finals. The team beat G2 as well as FaZe Clan. It can be seen that with the arrival of new players, the club is still looking for its game schemes, but it is clear that the team is progressing with each match.

Gambit are the winners of last year’s tournament in Katowice. For most of 2021, the club led the world rankings, and at the end of the season, three of the team’s players were in the top 10 of the HLTV ranking at once. True, the Russian team spent the second part of the season unevenly. In 2022, Gambit did not play at BLAST, but won the Funspark tier-2 tournament, defeating Entropiq twice, and also beat BIG and CompLexity. This performance showed that Shiro and company are in good shape and ready to fight for the highest places.

The IEM Katowice 2022 tournament will run until February 27th. According to the site Elevensport, football and eSports are currently the most successful sports that are worth making predictions and bets on.