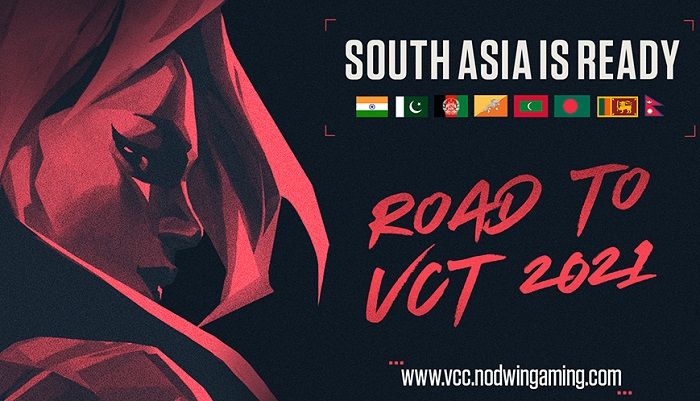 Riot had already announced that a separate Valorant Championship would be conducted for the South Asia region in partnership with esports company Nodwin Gaming. The company revealed all the details about the qualifying tournament to the APAC Qualifiers. Here’s everything we know about, how to do Valorant Conquerors Championship registration, what is prize pool, the format and more.

What is Valorant Conquerors Championship?

Valorant Conquerors Championship is the first-ever official Valorant tournament conducted by Riot in collaboration with Nodwin Gaming for the South Asian Community. The tournament will be held from June 15th and will end on August 29th.

The tournament winner will fight against teams from other Asian countries in the APAC south Qualifier for the Valorant Champions Tour to be held at the end of the year.

Who is Nodwin Gaming?

Nodwin gaming is South Asia’s Biggest Esports Event management company which was formed in 2014 as a subsidiary group of Nazara Technology.

The company has conducted more than 100+ Esports and gaming-related events for the past 6 years which includes events like ESL, Dreamhack India, PMPL & India Premiership.

They have also expanded their base to South Africa conducting various Tencent Events over there. Riot is officially yet to expand in India as of now so have handed over the responsibility to conduct the first VCT Championship for South Asia in collaboration with Nodwin Gaming.

The total Prize pool for the Valorant Conquerors Championship is around $33,000 USD. The prize pool for each position is represented as followed.

The match MVP of the tournament will be awarded with a prize amount of $3,500 USD .

The tournament will be held in an Open Qualifier format, i.e. Any teams that meet the requirement of the tournament guidelines can take part in the open qualification. A total of 8 teams from all the South Asian countries will fight for the Grand Championship.

2. Grand Finals Playoffs– The best teams according to the following slot list will be selected from all the above-mentioned countries.

3. Grand Finals- The top 4 teams from the Grand Finals Playoffs will play a best of three semi-finals and five finals. The winner of the grand finals will be able to face off against other teams in the South APAC. Last qualifier Spot, who will, in turn, represent the region in the Valorant Champions Tour.

All the following Countries in the South Asia Region are eligible to participate in the event.

How to do Valorant Conquerors Championship Registration?

Any teams from the above-mentioned region can take part in the tournament and can follow these steps for Valorant Conquerors Championship registrations according to the dates mentioned for their respective countries.