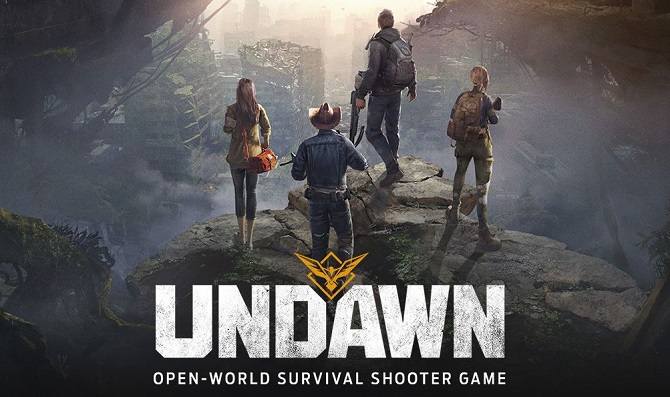 Undawn: The new Zombie Survival Game from Garena And Tencent

Garena and Tencent the companies behind the world-famous titles like PUBG Mobile and Free Fire have joined their hands together to develop a brand new game called “Undawn”. The Developers have released a small teaser of the game on their official website. The Release of an Undawn will bring a new variety to the Indian Mobile gaming market which is flooded with battle royale games. In this article you will know about Undawn game release date, pre-registration, what type of game it is, when will it release in India, gameplay and modes.

Undawn is an immersive open-world survival game currently being developed by Lightspeed & Quantum studio which is owned by Tencent Games. The Announcement of the game was made on April 2nd with a small video teaser released by Developers. The teaser footage reveals much of the gameplay that can be expected when the game releases later this year. The announcement of the game is causing quite a buzz among the PUBG Mobile players as it is being developed by Tencent Games.

A previously unknown element was found in the mysterious ruins. No one knows if it’s a gift from the universe or an omen signaling our own destruction.
✉️☄️?#Undawn #UndawnGame pic.twitter.com/Ha0gXfXIIr

Undawn is an open-world zombie survival game. From the teasers, we can find out that the game looks like a 4 players co-op game where we and our friends need to take the zombie hoards as we proceed further.

The Game looks similar to the famous “Left 4 Dead ” franchise which also featured a 4 man co-op zombie survival gameplay. The Game is being developed on Unreal Engine 4 so, it will be available on a variety of devices including emulators.

The Official website also suggests the fact that the game is going to be Cross-Platform this means that we can play with any person from any platform together.

Will Undawn Game Release in India?

Tencent games do not have a good history with the Indian government. The Indian Government banned the most popular game PUBG Mobile last September due to several issues regarding cybersecurity as well as the addictive nature of the game.

So will Undawn not release in India? The answer is No, Undawn will definitely release in India because even though the game is being developed by Lightspeed studios but the game will be published under Garena which is a Singapore-based Company.

Free Fire is an extremely popular game that was developed and released by Garena in India without any problem. Call of duty Mobile was also released in such collaboration in India where Tencent Studios were the developers while Activision being the Publisher.

The game is currently in its Pre-alpha testing phase and the official website of Undawn has already started its pre-registration process. players who would register for testing would be given special access to the game when it enters the testing phase at the end of April 2022.

In a press release Hai Wang, the senior director of business development at Garena told that “Players In South Asia and South East Asia have a huge interest and appreciation for shooting games in general.” He also said that”Undawn is being specifically crafted to match the taste of this region and they are very hopeful for the success”.

The Undawn game release date is not yet announced but it’s rumoured that the game will release around late 2022. If You Want to Pre Register for the Garena Undawn game then Click here .