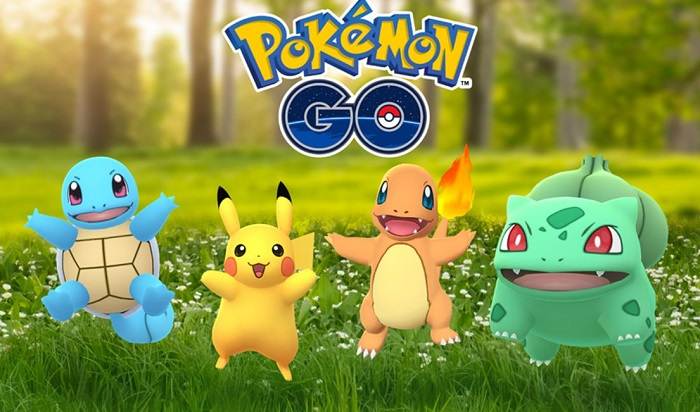 Pokémon games are quite famous all over the world and were quite a rage in the Nintendo era. In this decade the most popular Pokémon game to be released was Pokémon Go which was a huge hit upon its release in 2016 and had more than 100 million downloads in the initial month of release. The list consists top 5 strongest Pokemon in Pokémon GO as of 2022.

What is Pokémon Go?

The game was developed by Niantic a USA-based studio expert in developing VR games. Pokémon Go made a profit of 1 billion USD in 2022 alone. Even in 2022, the game is highly popular among teens and older people because of its pop-cultural appeal.

These are the top 5 best Pokemon in Pokémon GO!

Mewtwo is a legendary psychic-type Pokémon with a max CP (Combat Power) of 4724. This Pokémon does not have any evolution at the current state but has two forms while playing ” Normal Form ” and ” Armored Form”. This Pokémon was created out of genetic Manipulation by humans. This Pokémon is boosted by windy type climate. Mewtwo is the most powerful Pokemon in Pokémon GO right now.

Move Set: Mewtwo best moves are Confusion, Icebeam and Thunderbolt. It is very good against Fighting and Physic Type Pokémon.

Weakness – Bug, Ghost and Dark Pokémon are extremely good against Mewtwo. The best Pokémon to take down Mewtwo are Gengar, Darkrai, Chandelure and  Yveltal.

Rayquaza is a flying type legendary Dragon Pokémon which has a max CP of 4336. It also does not have any evolution at the current state and also does not possesses any state form too. legend says that it has been living for thousands of years and had an epic battle against groudon and kygore . It is also boosted by windy weather conditions similar to Mewtwo.

Move Set: Mewtwo has a wide variety of moves but the ones which are quite effective are Dragon tail, outrage and Ancient power. It is very good against Water, bug and Grass Type Pokémon.

Weakness – Rayquaza is extremely weak against fairy, Dragon, and Rock-type Pokémon. The best Pokémon to counter are Darmanitan, Kyurem  Mamoswine, and  Weavile.

Metagross is a steel and physic type Pokémon with a Max CP of 4286. This Pokémon was too found originally in the Hoenn Region. History says that this Pokémon has four combined brains and can do calculations of battle faster than any supercomputer ever made.

This Pokémon has an evolution stage of Beldum to Metang to Metagross.Metagross is usually boosted by windy and snow weathers. Metagross is one of the most powerful Pokemon in Pokémon GO right now.

Weakness: Being physic Pokémon it is very vulnerable against Fire, dark and Ghost-type Pokémon. The best Pokémon to take down Chandelure, Gengar and Darmanitan.

Kygore is a Legendary Water-type Pokémon with a max CP of 4652. It was originally found in the Hoenn region and extremely difficult to capture. It does not have any Evolutions at the current state and neither does it have any form of switchability. It is very good against any Legendary Fire-type Pokemons and can be used to capture other such pokemon. This Pokemon is boosted by Rainy weather.

Weakness: Being a Water-type Pokémon it is very vulnerable against Electric and Grass Pokémon. The best Pokémon to take down Kygore are Thundurus, Zekrom, Deoxys, and Electivire.

Slaking is a Normal Pokémon with a max CP of 5010. As the name suggests it is an extremely lazy Pokémon that does not move at all and the attacks are based on its sluggish nature too. It eats grass within its reach for its survival and keeps lolling and chewing cud the entire day.

This pokemon is boosted by Partly cloudy weather. This pokemon does have an evolution line from Slakoth to Vigoroth to Slaking. Slaking is one of the strongest Pokemon in Pokémon GO right now.

Weakness: Being a Normal-type Pokémon it is very vulnerable against Fighting-type Pokémon. The best Pokémon to take down slaking are Lucario, Conkeldurr, Breloom, Machamp, and  Blaziken.