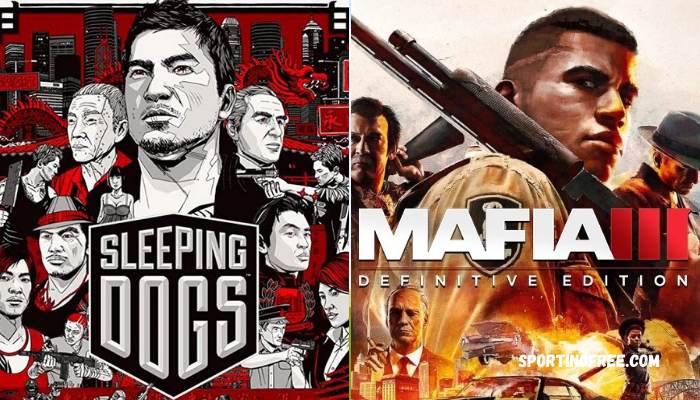 Top 5 Games Similar to GTA V But With Better Graphics

GTA 5 is one of those rare games which should never be re-created but many gaming studios over the years have tried to recreate the magic done by the GTA franchise. Some gaming studio has produced some great games that are very similar to GTA in all aspects. GTA 5 has still given tough competition to some of the best graphic games. Here are the top 5 games that are similar to GTA V but have better graphics.

Ubisoft the world-famous French Game Studio has produced various popular titles like Prince of Persia, Assassin’s Creed, and Far Cry series over the years. In E3 2012 Ubisoft announced that they would be developing a Hacker-based Open world game and released a game called “Watch Dogs” in 2014.

Watch Dogs is very similar to the GTA franchise in terms of Movement, gun mechanics, and Driving. Upon release, the game was even called a clone of GTA 5. The game was not a commercial success because of various bugs and issues.

In 2016 Ubisoft released the second iteration of the game called “Watch Dogs 2” which was way better than watchdogs in all aspects. Watch Dogs season 2 was a commercial success and many critics even applauded the game as it did not try to mimic GTA 5 in any aspect and was extremely unique. Both the watchdogs are set in a world where elements in the city can be hacked.

Mafia 3 is the third instalment in the mafia series which released in 2016. Both Mafia 1 and Mafia 2 were immensely popular games which made the hype for the third instalment even more. The game is set in post-World War 2 in Chicago and follows in the footstep of a Black ethnic person.

The story is not common to Open-world fans as the story revolves around racism, poverty, and life post-world war. The game looks extremely beautiful due to its home-built illusion engine. The game set in the 1940s has some great looking cars and landscape which captures the beauty of the old Chicago. The game is quite similar to to GTA V but with better graphics.

Cyberpunk 2077 is the latest release in the list made at SportingFree. CD Projekt the developers of the great Witcher series wanted to create an open world cyborg universe similar to the GTA franchise but set in a futuristic world in 2014.

The story also follows a nonlinear format and the final climax of the game depends upon the decision made by the players.

The game faced severe backlash upon release as it was filled with bugs and exploits. Now after 7 months the game after several patches looks better and is a great experience to play.

Just Cause 4 is the fourth iteration in the just cause series. The story follows in the step of a missionary who gets hired to do a particular mission. The game is extremely fun in terms of gameplay as it gives players various mechanisms like grappling hooks, rocket launchers,s, and other weapons.

It is unique when compared to other open-world titles due to its sheer explosive elements in the game.

The game also features multiplayer options which enable players to enjoy the vast tropical map according to their wish. The plot of the game is not quite good but the extremely fun gameplay makes up for it.

The most similar to GTA V as well as unique game on its own in the entire list is “Sleeping Dogs”. The game was released way back in 2012 for PC, PS3, and Xbox 360 and was a sleeper hit in its time. The game was developed by a Canadian-based studio called “United Front Games” and published by “Square Enix”.

The game follows in the footstep of an undercover cop called “Wei Shen” who joins a mafia gang called “Triad” to know about their secrets. The plot of the story is extremely good and gives a run for its money against any modern cop thriller movie as the suspense keeps on building till the final moment.

The main unique factors of the game are its “Location” and fight mechanics. Fans of the open-world franchise were always treated to cities inspired by California, new york, or Chicago but never saw any cities inspired from the east.

The game is set in a world inspired by the current day hong kong and looks extremely true to the culture from the east. The game also a deep Combat mechanics and each level of combat skill can be developed as you progress inside the game.