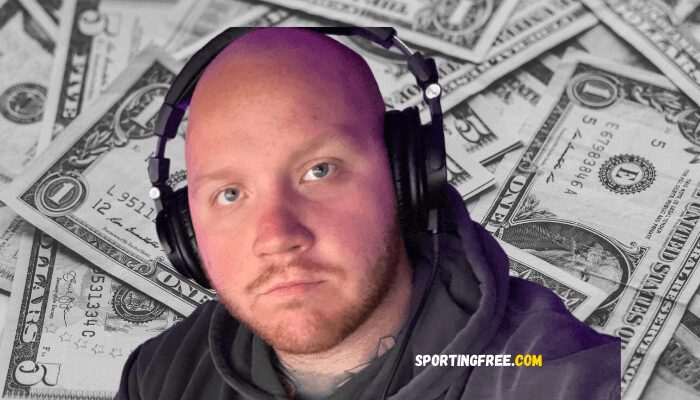 People always look for either of the two things in the might world of streaming when they watch a streamer. One should provide good gameplay or should be entertaining. People like Shroud, Aceu, and Ninja fall under the former category, and players like Dr.Disrespect, Summit 1G, and Nickmercs go under the latter. In this latter list, one streamer that is quite impressive and famous for his Stupid gameplay is “TimTheTatman”.

He is now one of the highest-earning streamers, and as of 2022, TimTheTatman’s net worth is around $8 million, which majorly comes from the twitch subscription and sponsorship deals.

TimTheTatman is one of the oldest streamers to start streaming on the Twitch platform. He started to stream on youtube in 2013-14 and later shifted to twitch, and he slowly grew an audience based on his overwatch gameplay.

He started as a streamer who played really ell on overwatch but quickly release his strength in entertaining his viewers through dad jokes and stupid gameplay.

Currently, he plays with other streamers like Nickmercs, ninja, and Dr.Lupo.

TimTheTatman rose to fame with his Overwatch gameplay and even reached the highest rank in the game -Grandmaster for a brief period of time. Then he started to play more fun and entertaining games like Goat simulator, story base single-player games and represented these games more funny and enjoyable to his audience.

After the Call Of Duty warzone launch in 2022, he has been continuously grinding the game with other popular twitch personalities like Nickmercs and TSM Myth. He also plays other current popular titles like “Among us” and “FallGuys”.

He also reached a very high view number as a streamer when he tried to get his first crown in Fall Guys, which took nearly a month from the release of the game until his win.

How much is TimTheTatman’s Net Worth?

TimTheTatman currently earns all of his money through twitch subscription and sponsorship through his brand partnership. He currently endorses various top companies like Herman Miller, chipotle, Asus and Discord.

Herman Miller, the famous chair and furniture manufacturer, started making a venture into producing good quality gaming chairs. On April 7th 2022, signed TimTheTatman was the first brand ambassador of its lineup. Discord, the main game communicating application developer, also signed a deal with him last year because of the discord based entertaining videos he was making.

With over 5 years of earnings and sponsorship, TimTheTatman is currently worth around 8 million USD.

Since the release of call of duty warzone last year, TimTheTatman has constantly been streaming the game for over a year. He also plays other games on his stream like Fall Guys, Valorant & Overwatch. The following are settings of TimTheTatman for his call of Duty Warzone.

TimTheTatman is one of the streamers who are quite active on social media platforms. He often voices his opinion on things he finds concerning or should be addressed. Being a dad of a two-year-old, he often posts photos of his son and wife along with funny clips from his stream.

DISCLAIMER: The above details and salary figures about TimTheTatman net worth and other details are based on trusted sources and media reports.