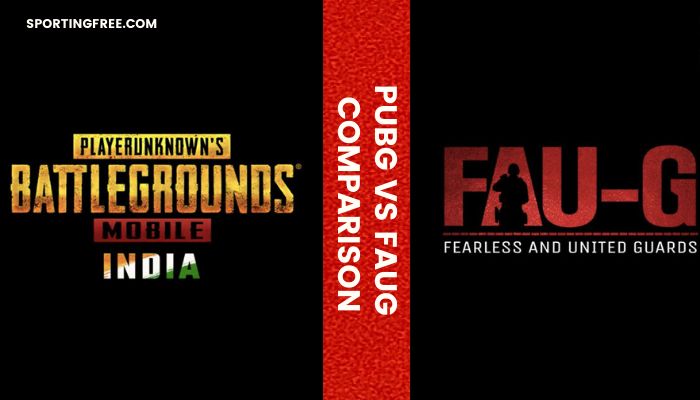 PUBG vs FAUG Comparison: How the 2 Games Different From Each Other

The Made in India game FAUG is all set to launch next year while the gaming fans are still hoping for the PUBG comeback in India. Check out the PUBG vs FAUG comparison: what five things are different in FAUG from PUBG?

PUBG is one of the best selling games in the world and the 3rd most played game in the world. PUBG was released in 2018 for mobiles, and talking about India this game was an instant hit among the youth, into their youths, and the ones out of their youths. However, they were cursed by 2022, when PUBG was banned by the Indian government on 2nd September, due to ongoing border tensions among China.

However, quite coincidently as a certain section of gamers quotes the event, on 4th September notable Indian actor Akshay Kumar, announced a new game by his productions by the name of FAUG, quite a similar name to PUBG isn’t it?

Although FAUG stands for Fearless And United – Guards. Adding on to the similarity FAUG’s game style seems to be that of PUBG, but keeping aside the similarities do you know how FAUG is different from PUBG?

Thus the list of 5 differences between the PUBG vs FAUG games is as follows.

1. FAUG Is An Action Game

The FAU-G mobile game is an action game, where as the PUBG India is a battle royale game just like its global version.

While FAU-G is made in India, PUBG is made in South Korea. PUBG Mobile India is a modified version of the original game developed by South Korea-based PUBG Corporation.

In FAU-G mobile game, the privacy of players’ information will never be an issue as they will be stored within the country. However, this is not the case with PUBG as it is a foreign game. FAUG will be completely hosted in India on India’s Data Servers and all user data completely secured.

FAUG is a new game with a fresh take on the internal issue of India. On the other hand, the PUBG Mobile India is a tailored version of the original PUBG Mobile game.

Hence all the above-mentioned points substantiate that FAUG is a different game to PUBG, although the launch date for FAUG has not been announced yet as its release has been postponed thrice already.

But another good thing to note is that Akshay Kumar and Vishal Gondal, the promoter of the game, announced that 20% of the net revenue generated from the game would be donated to Bharat Ke Veer trust.