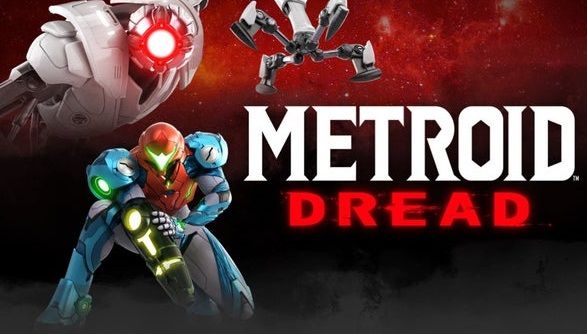 Metroid series is one of the most successful platform action shooters of all time. Released way back in 1986, the game still enjoys has a huge fanbase to the story, characters & the pop culture around it. The Developers have been trying to bring a new game into the series since 2004. At E3 2022, the developers have announced the next game in the series called ” Metroid Dread.” Here’s everything about the game such as Metroid Dread release date, price of the game, gameplay, when to pre order and more

What is Metroid Dread?

Metroid Dread is an upcoming 2D action platformer-based shooter game to come from the developers of Castlevania. It is the 15th instalment in the long-lasting Metroid series first released way back in 1986. The rumours about a new Metroid game under development were discussed for a long time.

At E3 2022, the developers “Mercury Steam” officially announced the new title called “Metroid Dread” and the gameplay trailer. The game is being co-developed by both Mercury Steam & Nintendo Games.

Fans of the Metroid games are extremely delighted about the announcement as a new game is finally released after being in development for more than 15 years as Drea got cancelled multiple times before resuming it.

The story of Metroid Dread is the sequel to the 2002 Metroid Fusion. In Metroid Fusion, the game follows in the footstep of an elite soldier Samus sent to a planet named SR388 to investigate and explore. During the exploration, Sam gets attacked by a parasite called X, and the remaining story revolves around her defeating the virus.

Yoshio Sakamoto, a lead in the game, revealed that the story in Metroid Dread would again continue in the footsteps of Sam, who has been severely affected by both Metroid & Parasite X. She further begins to understand her relationship with the planet.

This time around, writers have promised that the game would end the story’s main arc.

A lot of game mechanics in Metroid Dread can be understood from the 20 Minutes long gameplay trailer released at the E3 press conference. The game is very similar in terms of gameplay when compared to older titles like Metroid Fusion.

Sam has her old single blast shooter canon in her mechanical hand, which can be customized further according to the player’s need. The trailer also revealed that the game would feature a lot of puzzles that the players need to solve using the environment around them.

The game is filled with various enemies whose difficulty keeps on increasing as the player progress.

On which platforms will Metroid Dread release?

The Publishers Nintendo Games stated that the game would exclusively release only for the Nintendo Switch & its consoles. Many gaming pundits believe that a smaller version of the game might release on the Nintendo 3DS later.

At E3 2022, the developers revealed that the Metroid Dread would be released on October 8th, 2022, during the Halloween season. The game is currently available for pre-ordering on the Nintendo Switch store and the official Nintendo website.

Nintendo switch games are usually priced around $15-30 USD, but the new Metroid Dread is heavily priced at $59.99. A $60 price tag is usually associate with PC or 5th Generation console games.

How to Pre-Order Metroid Dread?

The Metroid Dread game is currently available for Pre-ordering on Nintendo Switch Store & the official Nintendo website. Players can follow these steps to pre-order the game.

Note: The game is currently available only on Nintendo Switch, So please don’t purchase if you don’t own a switch.