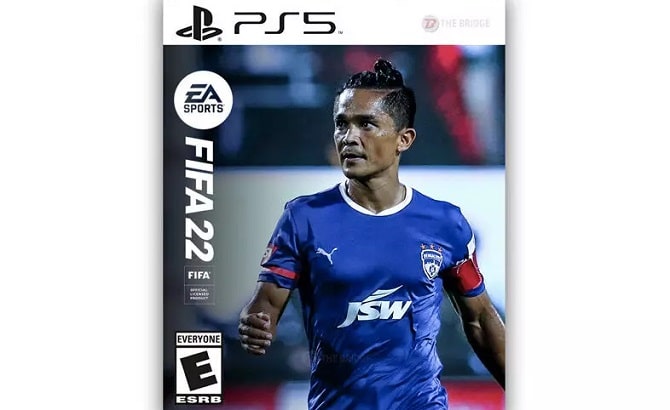 ISL in FIFA 22: ISL to be featured on console, PC versions of the game

ISL in FIFA 22: In a big boost for Indian Football, the country’s most famous football tournament, the Indian Super League is set to be a part of FIFA 22. After being included in FIFA Mobile, the game’s smartphone version, ISL will now feature in the PC and the console version of FIFA 22. FIFA is one of the most famous football games in the gaming world. Ever since its inception in 1993, FIFA has grown to be the most successful football video game.

FIFA’s developers Electronic Arts will include the Indian Super League on the PlayStation, Nintendo Switch, Xbox and PC versions of FIFA 22. The terms of the deal have been agreed upon, and the Indian Super League governing body, FSDL, will sign the final paperwork with EA in the coming days. ISL clubs have been asked to finalize their kit designs earlier than usual to submit them to EA. READ: FIFA 22 Release Date, Cover, Career Mode, Price, Consoles & Everything You Need To Know

FIFA is one of the most played video games in India. This decision to feature ISL in FIFA 22 game will be beneficial to both parties. The inclusion of ISL in FIFA 22 could potentially lead to a great surge in the sales of the game in India. Fans in India will finally get to play and stimulate their favourite domestic teams in the biggest footballing video game.

As FIFA is a worldwide popular game, ISL will get global exposure and attract more fans to the league. Indian Super League has played a huge role in popularizing football in India. The inclusion of the league in FIFA will mean that the league would gain worldwide attention. READ: How to Pre-order FIFA 22 and Get a 20% Discount?

FIFA 22 will feature all eleven teams from the Indian Super League.

FIFA 22’s pre-orders could go live as early as 12 July. The game is expected to be released in October. EA Sports recently unveiled the cover for FIFA 22. Kylian Mbappe is the cover star for FIFA 22.