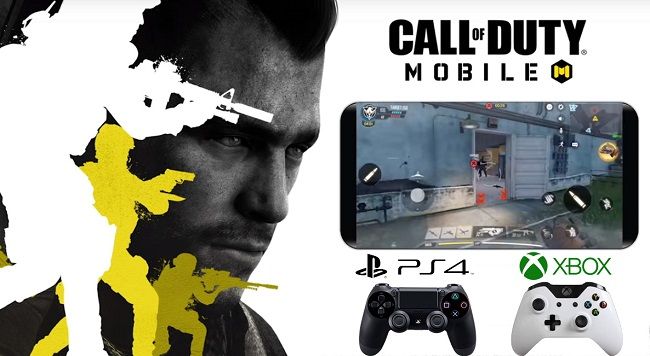 One of the best features of COD is Controller support, which allows users to play with a PS4/Xbox One Controller. COD Mobile is one of the most popular mobile Esports titles in the whole world. It has more than half a million downloads in the past two years because of its increasing popularity in Asia.

COD Mobile is one of the hottest mobile Esports titles in India as well as in South Asia. The developers of the game are constantly trying to keep the players stay in their comfort zone by providing them with the best features from time to time. This time around the developers has added the feature of playing the game with controllers for both iOS and Android versions of the game. This is a very unique feature and brings an entirely different experience for players using a controller. Here is a guide on how to play Call of Duty mobile with a controller.

What is COD Mobile?

COD Mobile is the handheld version of the world-famous Call of Duty Franchise. It was initially released in the year 2019 to compete against the highly popular PUBG mobile and was a huge success in its launch by racking over 270 Million downloads within its one year.

In India, despite stiff competition from other Battle Royale games like Free Fire and PUBG mobile, COD has managed to create a separate fanbase for itself over the years.

What are the controllers supported by COD Mobile?

This is hugely convenient for players who already own these consoles. Apart from these two controllers, Activision has promised the support of other Gamepads too in the near future. Players may try to use other Non- Supported controllers but they might face certain problems during gameplay sessions.

How to Play Call of Duty Mobile with a Controller?

The usage of the officially supported controllers for gameplay is absolutely “Legal” as it an official feature given by Activision and not a third-party MOD. so using a controller will not lead to any sort of ban or suspension on your existing Activision account.

However, remember the fact that the players will only be matched against other controller players leading to increased queue time.