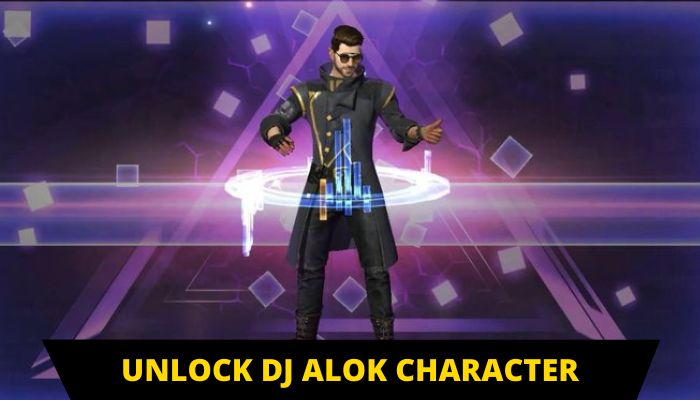 Garena Free Fire has more than 30 characters in the game and each character is very different from each others in terms of gameplay and abilities. One of the strongest characters in Free Fire Universe is DJ Alok who is also the most played character in the game. Due to his strong presence every user wants to unlock DJ Alok as soon as possible. So, let’s discuss the multiple ways to get the free DJ Alok character along with his abilities, stats, free diamonds and redeem codes for DJ Alok.

DJ Alok is one of the most popular and strong characters in the Free Fire Universe. Due to the versatility in his kit, he became the most used character in both ranked as well as in the competitive scene. The main reason for his high usage is his ability to restore the HP(Health Power) of Allies during clutch situations in turn helping the team to win more fights.

Real-Life Inspiration: Alok Achkar Peres Petrillo is a Brazilian musician and DJ on which the character has been inspired and developed. He was voted by Forbes Brazil as one of the most influential people of the country.

Abilities: DJ Alok creates a circle of aura around himself for a certain period of time depending on the level of the character. He can heal as well as increase the movement of allies when they are around his Aura. This ability of DJ Alok is called “Drop the Beat”.

How to Unlock Dj Alok Character?

Every character in Free Fire can be unlocked using the virtual currency called “Diamonds”. the number of Diamonds required to unlock a character differs from each and every Character. To unlock DJ Alok u need to spend around 600 Diamonds. Follow these steps to Unlock DJ Alok in the normal way.

There are many ways through which you can get the free DJ Alok Character in Free Fire.

Free Diamonds Method:- Each and every character in Free Fire can be unlocked using the required number of Diamonds and you can earn a lot of free diamonds using the free top-up methods.

In Certain Free fire special events, Free Fire Provides a lot of Diamonds for as low as Rs 10 and you can buy these to get a lot of diamonds as a bundle. Along with the diamonds, you can get a lot of goodies like emotes, Character skin and Weapon skins.

Google Opinion Survey:- Google Opinion Rewards is one of the easiest ways to get free diamonds in Free Fire. You just need to install the app on your phone and fill in all the surveys and details asked you will be credited with google play credits.

The number of google play credits will vary from survey to survey. Once you have collected enough credits you can trade them for Free Fire diamonds in the store and the diamonds will be transferred to your Free Fire Account.

In the free chest, prizes range from rare and extreme skin set to characters. So in case you want to unlock DJ Alok you can watch these streamers on Booyah.

There are many tricks available on the internet to get free DJ Alok character including the Free Fire free diamonds hacks but we always recommend you to go for the legal way to get the free character of Free Fire.