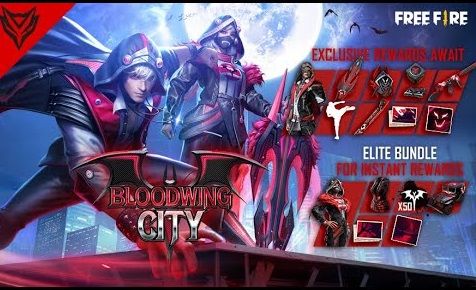 Buy Free Fire Season 35 Elite Pass in April 2022: Free Fire is one of the hottest mobile Esports titles in India as well as in South Asia. Due to its Growing Popularity, Garena releases an Elite pass each and every month containing various Skin-set for an avatar as well as weapons. The Elite pass is a tier-based system of gifts where players get rewards on completing missions through badges. The pass is usually theme-based and all the outfits and weapons for the pass are influenced by the selected theme.

The name of Free Fire Season 35 Elite Pass is “Bloodwing City”. As the name suggests the theme for Season 35 revolves around Draculas and Vampire. The avatars and weapons skins are much heavily influenced by the vampire pop culture.

The ongoing Elite pass will end by the month of March and a new pass with a new exciting skin set will be released by the start of April. The players can buy the Elite pass at 499 diamonds (in-game currency) and the entire Elite Bundle set at 999 diamonds.

The Elite Bundle would cost around 999 Diamonds(In-Game) and the Elite Pass would cost around 499 Diamonds. By purchasing the Elite Bundle list you would immediately unlock 50 levels of Badges giving you a great headstart in unlocking all the pass benefits much faster. A free version of the pass is also available but it does not contain much exciting skin except the freebies.

apart from google Playstore you can purchase diamonds from CODASHOP too .

Here is a detailed guide on how to purchase Free Fire Season 35 Elite Pass in April 2022, this includes both the Elite Pass and Elite Bundle list purchase scenarios

STEP 1 : Users first need to login in the Garena Free Fire game and on the main menu click on the “Fire Pass” or “Elite Pass” Icon .

STEP 3: After Choosing your option , the require number of Diamonds will be deducted from your account and the purchase would be complete

STEP 4: To purchase In-game Currency-Diamonds users can use any one of the payment methods provided by the Google Play store or can use CODASHOP.

The Elite Pass in season 35 contains some exciting skin sets and rewards. Here is a list of all the free rewards and the number of badges to unlock these rewards.