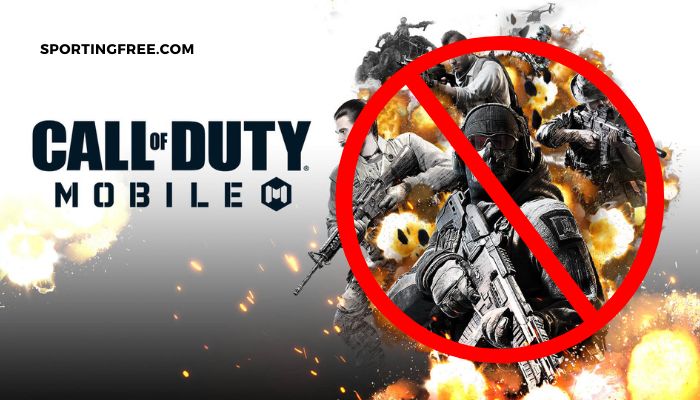 How Call of Duty Mobile Avoided Being Banned in India

Call Of Duty Mobile was one of the new battle royale games to make to the Indian mobile gaming scene. In 2022 the Indian government started to ban all Chinese apps to protect the privacy of its citizen. Many Popular Apps like TikTok and Pubg Mobile were also not left behind and were served an indefinite Ban. COD Mobile though being developed by a Chinese developer did not receive a ban. In this article, we will see the reasons behind Call of Duty Mobile avoided being banned in India.

COD Mobile Avoided Being Banned Because of Activision

Cod Mobile has been published in India under the Garena and Activision banner. Even though Tencent was involved with the development process the moment the PUBG Mobile ban was announced the ties were severed as the information on Wikipedia was changed and the name of Tencent was removed.

This swift and quick reaction from Activision saved their game from being banned in India. The game was promoted under the Garena and Activision banner rather Tencent.

Mistakes Made by PUBG Mobile

In 2022 Indian Government started banning various Chinese apps and games at the beginning of June. It started with the ban of the world-famous social media app “TikTok” and soon followed with the PUBG Mobile.

The Indian government stated that these apps and games were banned due to cybersecurity issues.

They felt that the apps intruded on the privacy of the users and Confidential details were being shipped to the Chinese Government. This list contains all the 59 Chinese apps that were banned.

Apex Legends Mobile and Battlefield Mobile are two of the most anticipated games to arrive on the mobile platform by the end of 2022. With Pubg Mobile out of competition, there is a huge vacancy in the Indian mobile gaming scene and every company wants to establish its supremacy.

EA who is the creator of both Apex Legends and Battlefield initially had Tencent as one of their developers but as soon as the Ban of PUBG Mobile in India reached their Ears they severed their Ties with the company.

Apex Legends had a successful Beta Launch last week in India and the game is expected to launch by July. The game is being developed and published by EA itself.

So these were the reasons behind Call of Duty Mobile avoided being banned in India.