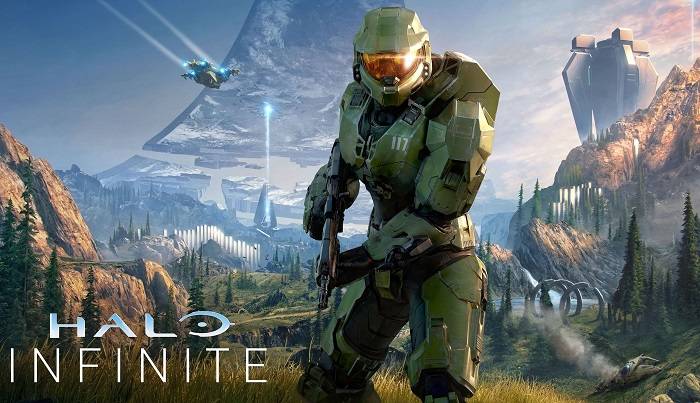 Halo series is one of the most successful multiplayer FPS games ever released on the Console platform. During the early console era, the games were much catered towards fighting, racing and platform-based games. Gamers worldwide are waiting for the popular game Halo Infinite. We have information such as Halo Infinite release date, map, gameplay, trailer, music, PC, Xbox, and latest news.

Latest News on Halo Infinite 26th July: The reports suggest that the players will get access to the Halo Infinite beta version soon.

With the release of Halo in 2001 on Xbox, the entire dynamics were changed, and consoles started dishing out Multiplayer FPS games. Halo was the first game that boosted Xbox sales over the chart as many players just bought an Xbox to play multiplayer Halo.

Halo community managers have revealed that the Halo Infinite beta would be available to registered Halo Insiders.

What is the current Installment of Halo?

Halo infinite will be six the sixth instalment of the game since 2001.

When will Halo Infinite release?

Halo Infinite was initially slated to release in the early part of 2022, but due to the global pandemic, Halo Infinite release date was further pushed back into the fall of 2022. E3 2022 might provide an exact release date for the franchise.

Will Halo Infinite be on Xbox Game Pass?

The game pass is an official pass provided by Microsoft for various platforms like Windows & Xbox. Since Microsoft Windows is developing the game, the game will definitely feature from Day 1.

Will Halo Infinite have split-screen multiplayer?

The developers of the Halo Infinite have promised that the legendary split-screen feature which was available in the former versions of the game will be definitely present in this iteration of the game.

Will Halo Infinite have Cross-Platform support?

The game will definitely have cross-platform support, unlike in other previous games. The game will also support cross-progression features too.

Will Halo Infinite have Esports Scene?

The developers of the Halo Infinite have promised an Esports scene if the game goes in the right direction for its arena-style multiplayer mode.

Will Halo Infinite have DLC after its release?

Halo Infinite game will definitely have DLC after the release of the initial release of the game. At least 3 DLC might be released, according to sources.

The official music of the Halo Infinite is not yet released, but glimpses and pieces of the music were released online through the official YT channel.

What is Halo Infinite Release Date?

Halo Infinite was slated to be released in the latter half of 2022, according to its announcement made in E3 2018. Last year in 2022, the main developer of the game 343 Industries tweeted out saying fans and followers of the game to be patient, and the release of the game would be further deep into 2022.

An update about the game will be definitely be heard from the developers during the E3 2022, which will be conducted from 12th June to 15th June.

A fixed release date for the game can be expected from the developers, along with gameplay features. Microsoft has confirmed that their personal press conference regarding their own game will be presented on 13 June 2022 at 6 pm BST.

Which consoles will Halo Infinite Support?

Halo traditionally was released on the “Xbox” over the years and has been on the PC too for some of its parts. Halo Infinite is currently being developed by the “Xbox Game Studios” and released for the following platforms.

Microsoft started teasing Halo Infinite for a long period of time, starting from 2018 with an E3 announcement trailer. The Announcement trailer proved that Microsoft was revamping its Halo series with not only its remastered version of the game.

In 2019 as well as in 2022 teaser as well as the first look of the game was released. Fans of the game were very excited to see the halo world in its new engine and new redefined form.

The gameplay teaser was just 20 minutes long, which showed the landscape of the Halo world, game mechanics, creatures on the planet, and the optimization of the game on the XBOX series X.

The gameplay trailer also gives us information that, unlike the original version, halo Infinite would be an open-world exploration type of game similar to GTA or the assassin’s creed franchise along with the traditional missions.

The game developers also have mentioned the promise of cross-platform and cross-platform progression, which means that players from all the above-mentioned platforms can play together and continue their progression on any platform of their choice.

The developers also added that the feature called “Dual Wielding”, where players can hold two weapons in their hands introduced in Halo 2, will not be present in the game’s new iteration.