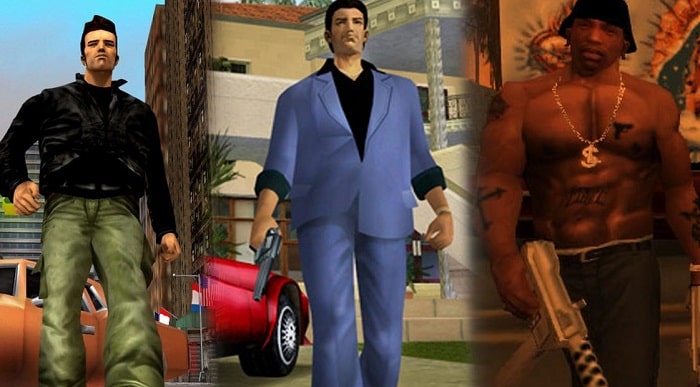 GTA Remastered Trilogy Release Date, Trailer, Graphics, PS4, Xbox One and Everything We Know So Far

The Grand Theft Auto title has taken the gaming world by storm since its release. It has etched itself into the hearts of the gaming community since its initial release in 2001 for the PS2. The game has given us some incredible storylines and protagonists over the years. Here’s everything you need to know such as GTA Remastered Trilogy release date, graphics, console PS4, Xbox One and more.

In today’s day and age, where more and more games are getting remastered, the GTA series was left untouched, but reports suggest it’s all about to change. There has been some major talk that Rockstar Games is all set to remaster the GTA trilogy of GTA 3, Vice City and San Andreas. Here is all we know about the remastered GTA titles so far. Not much is known, as a lot of it is speculation at this point.

There is yet to be an official announcement by Rockstar regarding the remastered GTA releasing. Although the stars align perfectly for the games to release shortly, pinpointing a date is impossible.

No trailer has been released so far. This section will be updated as soon as further news is released.

Which is the Best GTA Game: GTA 5 vs Vice City vs San…

Goals Release Date, Gameplay, Console, Trailer And All We…

The remastered trilogy is anticipated to be optimized graphically for the new-gen consoled. The graphics will be attuned to the PS5 and the Xbox Series X/S. The section will be updated as more news is released.

It will be surprising to see the remastered trilogy released for the PS4 and the Xbox One, as they are titles from the PS2 and original Xbox. We will have to wait and watch as Rockstar is yet to confirm this.

The gaming community is waiting eagerly as Rockstar Games continue to remain tightly lipped about the whole affair. It is safe to say that remastered GTA has all the ingredients of being a huge hit. The nostalgia, along with the tech advancements, is generally a recipe for success.

The Popular Football Simulation FIFA 22 Has a Completely New Concept

Which is the Best GTA Game: GTA 5 vs Vice City vs San Andreas

Goals Release Date, Gameplay, Console, Trailer And All We Know