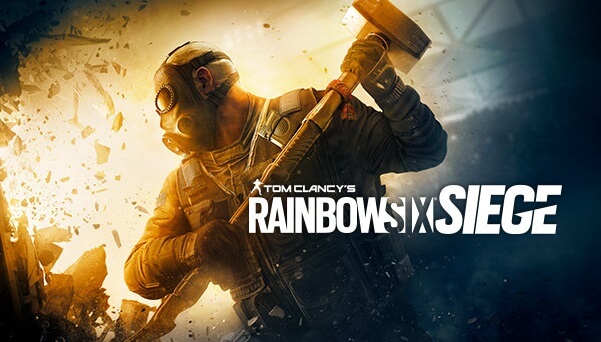 Valorant is one of the most popular games globally, with over 20 million active users playing the game each day. The game is mainly famous because of its 5 vs 5 tactical shooter playstyle, but sometimes gamers can feel a little bored playing the same game repeatedly. So in case, you decide to have a break from Valorant but still want to play a 5 vs 5 style hero shooter game, you can try these games like Valorant.

This is the second instalment of a 5 vs 5 hero shooter game from the world-famous developers “Hi-Rez” after their successful venture with paladins. The game is quite different from other 4 vs 4 tactical shooters as it features a 3rd personal perspective when compared with the list.

The game had huge marketing upon its release, and even big streamers like Dr.Disrespect, Shroud, and Ninja streamed the game. The game currently has 18 character and more than 8 different maps.

Similar to Valorant, the game has a Buy phase where a player can buy items and abilities according to their available credits. The game currently has 3 game modes like Demolition, Strikeout & Extraction.

Paladins are the most successful gaming title from the developers of Rogue Company. Released way back in 2016 rose to popularity on steam due to its similar nature to Overwatch in gameplay and character customization. The game is similar to Valorant in terms of gameplay.

It is the only game apart from Rogue Company in the entire list free to play like valorant. The game is quite a sleeper hit and amassed quite a player base through its year.

The game was so popular in 2017-18 that it had an Esports league of its own. It has more than 30 different characters and over 10 different maps.

It has more than 3 different modes right now, which include Siege, Team Death-match & slaughter.

For a long time, Ubisoft wanted to create a 5 vs 5 Shooter that can rival the legendary CS: GO, which leads to the development of “Rainbow Six Siege”.

The game has made a cult following since its release in 2015 made a unique audience because of its unique game style and operator-based Character. It has a vibrant Esports scene and holds majors and championships from time to time.

The Game Is very much different from CS: GO in Gameplay because each character brings its unique abilities to the table to suit our gameplay style.

The game is currently priced around $20 on Steam as well as Uplay. A spin-off to the original game called”Rainbow Six Extraction” was unveiled at the E3 2022.

Overwatch is one of the most popular game 5 vs 5 games that came very close to topple the mighty CS: GO. The game was released way back in 2016 and was a huge hit in both male and female audiences because of the sense of relationship that the characters formed with the players.

The game was extremely polished and looked great in terms of graphics. The game featured more than 30 different characters that origins from all over the world. It also has a wide variety of maps that suits its fast-paced game mechanics.

Currently, the game is priced at around $30USD. Blizzard is now developing the second iteration of the game called “Overwatch 2”, which will be released later in 2022.

Rounding off the list at SportingFree is the mighty CS: GO developed and released by Valve way back in 2012. The initial response to the game was lukewarm as some players did not like the mechanics at first and many stuck to the old CS 1.6. However, if you love Valorant, then you should play CS: GO.

However, the valve immediately responded to the community by bringing updates after another, and the game rose to prominence within two years by 2014.

Valve also introduced attractive prizes and sponsorship for CS: GO early on, which made the Esports scene grow at a rapid and higher pace. Even today, in 2022, CS: GO remains the top FPS game of all time in terms of popularity and gameplay.

It is a 5vs 5 tactical shooter that revolves around the concept of terrorist and counter-terrorism. Where a particular team tries to plant a bomb, and another tries to defend it.

The game is very hardcore and has a huge learning curve for all of its guns.