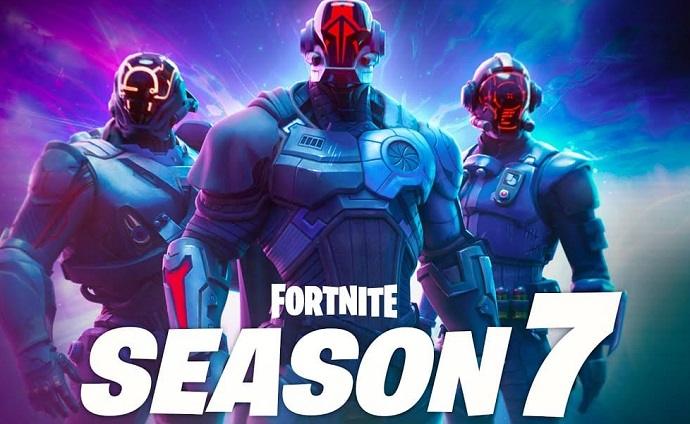 Fortnite is one of the world’s most-played battle royale games in 2023. The game’s current season i.e. season 6 will end on June 7th and the developers have already started teasing the next season with banners and Easter eggs throughout the map. The east eggs mainly consist of posters and objects lying through various parts of maps. Fortnite Chapter 2 Season 7 release date is confirmed, Season 7 would feature new weapons, skins and map changes.

The Fortnite new season is around the corner and the developer Epic games have started to tease with various hints. The news season 8 will be based on the “Aliens and Space” theme, according to some Twitter users. and many posters related to it are found throughout the map.

The release date for Fortnite Chapter 2 season 7 is always 2 or 3 days after the ending of the previous season’s Battle Pass. The Battlepass for season 6 ends on June 7th.

A season 7 trailer was released today with respect to the new season releasing. There were no dates given in the trailer regarding the release of a new season.

With the release of every new season, A new Battlepass will be released on June 8th or 9th which is likely to be the release date of the new season. The Fortnite Chapter 2 Season 7 battle pass will exactly cost 950 Fortnite V-Bucks (Virtual currency of Fortnite).

All the Battlepass skins and animations will be based on the new theme which is likely to be “Aliens and Space”.

The original map is not going to change completely when you are in a midchapter but you can expect a lot of changes in the existing map mainly areas of interest in Fortnite Chapter 2 season 7.

This season with the rumours and the leaks available to us most probably the theme would be based on “Aliens and Space”. The trailer released by Fortnite also features a skin based on the Spacesuit. The name of the new skin is called “Mecha Suit”. This Skin is entirely different from other Skins available in the game as skins are not for the individual players but for the whole team in general.

The Quest for the new season is very much inspired by the new map changes in the map. According to various Fortnite data miners, there are many new quests uploaded to the latest patch which includes intercepting various radio signals on a TV set in various parts of the map and destroying various TV sets with the following images.

Fortnite is known to partner with various brands like Marvel, Travis Scott & various other major powerhouses to promote their brand or movies. For Fortnite Chapter 2 Season 7, they have partnered with the very famous Music and Podcast streaming platform “Spotify“.

According to the tweet, people can use Spotify Premium for a period of 3 months if they buy the crewmate subscription.

The Subscription includes a set of “Aliens and Space” based on the current theme. All the member of squadmates will get individual skins with finisher animations and team animations for all of them.