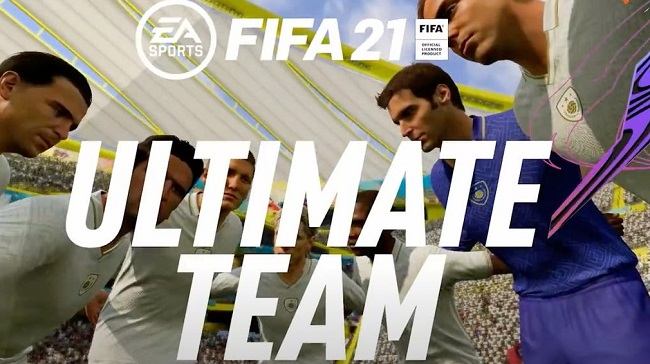 In the FIFA 21 ultimate team, players try to build the best squad possible with their coins. Limitations on the number of coins and the desire to create a high rated team are the opposite of each other as all the high rated players are expensive. But in every FIFA game, certain players have a very mediocre card and are very cheap, but the players possess great stats for their position and perform at a similar level to their high rated counterparts. Here we have ranked some of the most overpowered players in FIFA 21.

Ranking the Most Overpowered Players in FIFA 21 Ultimate Team

FIFA Ultimate Team is the most popular model in the game and the developers, EA Sports is expected to add new features in the FIFA 21. This list will put some of the most overpowered players in FIFA 21. READ ABOUT: FIFA 22 Release Date, Cover, Career Mode, Price, Consoles & Everything You Need To Know

If you cannot afford high rated wingers in your team, Adama Traore is the best option to replace high rated players. He has 96 Pace, 80 Physicality and 86 Dribbling and an overall of 79.

All these attributes contribute to make him a great inexpensive Right-Wing option who can score a lot for you. His immaculate pace makes him difficult to defend against. The Spanish winger costs just around 1900 coins and is a good bargain.

Upamecano is a go-to option for building a strong defence at a very low price. The 21-year-old has ratings of 77 Pace, 81 Physicality, 79 Defense and 67 Dribbling and an overall rating of 79. If you want a Virgil Van Dijk like defender at a low cost, Upamecano should be in your team.

With 85 Pace, 87 Dribbling, 82 Shooting and an overall ranking of 83, Gabriel Jesus is a viable option up front to lead the attack as the main striker. It will cost around 4000 to 5000 coins.

Even if his rating card says 83, Jesus gives you performance that is at the level of 87-88 rated strikers.

Cuadrado is one of the best Right Backs in FIFA 21 but is often ignored because of other players like Trent Alexander-Arnold (TAA) from Liverpool. The Colombian has better dribbling and shooting stats than Alexander Arnold and is almost four times cheaper than him.

Widely regarded as one of the best young midfielders in La Liga, Marcos Llorente should be included in your team if you want a rock-solid midfield. At a very affordable price of 1,500 coins, Llorente is the most preferred cheapest midfielder in FIFA 21.  He has an Overall Rating of 82 with 84 Pace, 81 Dribbling,82 physicalities.

Rodrigo is the best Premier League striker rated 83 or less, even better than Jesus. Rodrigo costs just 3,700 coins. He has a high dribbling rate of 81 and an amazing pace of 91 with an overall ranking of 82. Rodrigo should definitely be a part of your team

Ferland Mendy is the best option at Left back for a very less price. The Frenchman has a blistering pace of 92, high physical traits and a 5-star rating for the weaker foot that makes him a constant threat down the left flanks of the team. Mendy will cost you around 7000-8000 coins.

Portu has 79 Physical, 79 Shooting 82 Dribbling and 81 Passing, and is the best budget-friendly alternative for high rated players like Sancho and Neymar. The right-winger has a splendid pace of 90 and is considered one of the best wingers in La Liga. It will cost around 2500 coins.

Ousmane Dembele is the most overpowered player in FIFA 21. His five-star skills and five-star weak foot make him the most desirable player in the attacking positions. Dembele has a blistering pace of 92 and dribbling rated at 86. He is overall rated 83 and is available for purchase for just around 5000 coins.