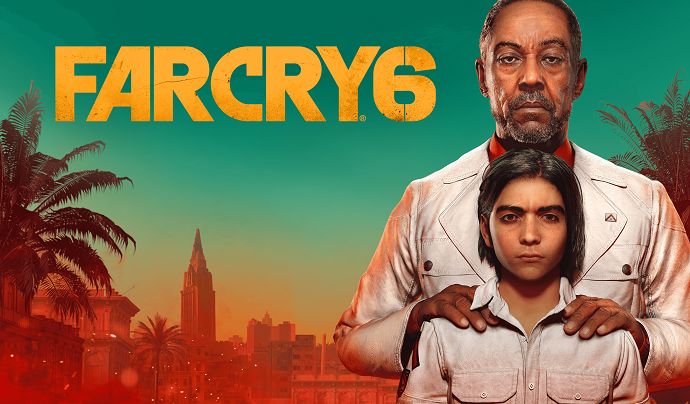 Far Cry 6 Release Date: Ubisoft the French game developer has some of the worlds greatest franchise series under its belt like Prince of Persia, assassins’ creed, Tom Clancy Games and Watch Dogs. Even though after possessing so many franchises all of them don’t turn out to be profitable for a company.

But Ubisoft has one series under its belt which has turned to be a huge moneymaker for its company it’s none other than “Far Cry Franchise”.

The next instalment of the game Far Cry 6 is ready for its release later this year. Here is everything you need to know about the Far Cry 6 release date, what is map size, setting, features, how much does it cost and pre-order date?

Far Cry 6 is the sixth main instalment in the far cry series which was first released in 2004. Every Far cry series revolves around a certain plot of revolution or mafia which the protagonist usually takes down by the end of the game.

What is the story of Far Cry 6?

Far Cry 6 might be loosely based on the Cuban revolution and the rebels who fought against the government. The main protagonist of the story this time around is a female character called “Dani Rojas” who also marks the first female lead in the Far Cry series. The trailer also depicts an evil dictator style regime-held by Castillo.

So most Probably the story will revolve around The adventures of Dani taking the Empire with the help of her other guerilla friends. The Story extremely convincing and we should hope that the story would also involve other small quests which adds value to the overall scheme.

What is the Far Cry 6 map size?

Far Cry 6 will feature the fictional island of Yarra which is actually based on real-life Cuba. The Narrative director “Naveed Khavari” during a press conference mainly mentioned that the game will Definitely feature a lot of Verticalities which is usually absent in an open-world game.

He says that usually in an open-world game the designers mainly try to increase the landscape by adding substance horizontally but we wanted to try something new and adapted concepts from games like Dark souls and others to increase the Verticality of the map In an Open World.

The Map would feature the lush green landscape of Cuba which is heavily shown in the trailer along with the beautiful seacoast inside the trailer. The game will feature a better weather and climate change system which was introduced in Far Cry 5 and will in turn affects various aspects of game-like visibility, Etc.

What new features will Far Cry 6 have?

The following are the main features of Far cry 6.

Which consoles will Far Cry 6 be out on?

Far Cry 6 will support a huge array of platforms. Ubisoft has officially announced the list of platforms on which Far Cry 6 can be enjoyed and played.

There are also rumours that the game might release for the Nintendo Switch later next year if the title turns out to be a huge success.

What is the Far Cry 6 release date?

Far Cry 6 slate date for release is October 7th, 2022 for all the above-mentioned platforms except for Amazon Luna.

When can I pre-order Far Cry 6?

The game is already available for pre-ordering on the Ubisoft website. It is currently available in three Editions Standard, Gold & Ultimate. Each variant has functionality and speciality which we can read in detail while purchasing.

What is the price of Far Cry 6?

The Standard version of the game is currently priced at Rs 2,999(INR).

Ubisoft has an official update about the game at E3 2022. The developers showed a small cutscene along with the gameplay trailer at the online event.

The trailer further confirmed the animal buddy system which can be further customized to animals like a rooster, alligators, and dogs.

It also showed the power of the custom weapon maker which can be upgraded using the in-game currency. They also showed the various style in which the game can be played which can vary from an extremely stealthy play to a more ambush-style rush.

They also showed a Special DLC along with the gameplay where we can walk in the foot steps of past series villains like vaas and Pagan Min.