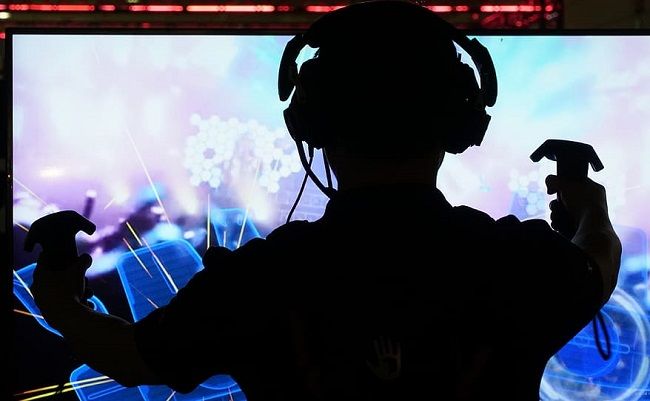 The Biggest and Popular VR Esports Leagues in the World

Popular VR Esports Leagues in the World: In recent years, eSports leagues and teams have steadily established themselves as one of the latest recreational frontiers. Lucrative sports franchises and leagues were once the exclusive battlegrounds of athletes, but not anymore.

Today, star players competing in the League of Legends World Championship or The International are considered electronic athletes. Leading eSports players are recruited by top teams, which are sponsored by major brands, and are paid accordingly. In other words, eSports are here to stay—and possibly even compete with major league sports in terms of popularity and capital.

As the eSports market matures, it will likely continue to branch off into new sectors. AR and VR games are currently one of the biggest branches in eSports to see growth. Though teams like T1 and NRG eSports don’t yet compete in VR gaming competitions, similar industries are already shifting to offer augmented and virtual worlds.

For example, online poker has been adapted for various consoles and platforms, much like eSports ventures. Though the card game has traditionally focused on skills like analysis and bluffing, players can now jump into VR and AR worlds of the future that incorporate visual and social elements.

With eMarketer predicting up to 52 million US residents will use VR at least once a month this year, eSports and card games launching in VR and AR settings will see major growth. The current challenge now is developing global leagues and teams, as well as standardized conduct codes for every type of VR and AR competition, from Texas Hold’em to Echo Arena.

Let’s take a look at some of the biggest and popular VR eSports leagues in the world.

The VRML is the most popular VR eSports league currently running. The company began in 2017 as a community site where various players of different VR games could organize their own tournaments and competitions.

As of February 2022, VRML had over 3,400 active weekly players. However, VRML didn’t start off as a professional league—it was originally organized for players, by players. Competitions are produced by a dedicated and passionate cast of VRML employees for games like Onward, Echo Arena, Contractors, Final Assault, and Space Junkies.

VRML has partners in major brands like VR Cover, ProtubeVR, and bHaptics, to name a few.

VR League is headed by ESL, which is an eSports organizer and production company that helps create major tournaments and events. VR League was ESL’s foray into the world of virtual eSports, while VR Challenger League marked their partnership with Oculus back in 2017.

The original event was part of IEM Katowice 2018’s main events listing. By launching alongside ESL and Oculus for the massive IEM event, the first season of VR League offered a total prize pool of $200,000.

VR League continues to follow major VR sports events, like the annual Echo Arena VRML Championship (organized by the group mentioned above). With the VRML established as the primary organizer for VR ventures and ESL available to help produce larger events, both will have major power in shaping the future of VR eSports.

Another major player helping to organize and produce major VR eSports events is LIVE. The project began in 2019 to help expand opportunities for VR gamers. Now that eSports has become a highly competitive realm, many players are prohibited from participating due to high equipment costs and geographic distance.

LIVE aims to build competitions that players can participate in remotely. Whether at home or at an arcade, LIVE events are accessible for those with VR connections. Prize purses are already growing, with the Season 1 prize pool consisting of $2,500 and Amazon gift cards.

Similar to the US’s NCAA league, which covers all collegiate sports, VR eSports are also looking to develop college-age players. The VR league was launched by college players back in 2018. By that fall, six colleges were participating in the inaugural tournament.

Three years later, CVRE is still expanding its number of participating schools. However, CVRE faces additional challenges, as the equipment is typically provided by universities when it comes to athletic ventures. At the moment, VR labs are too pricey for most colleges to join.