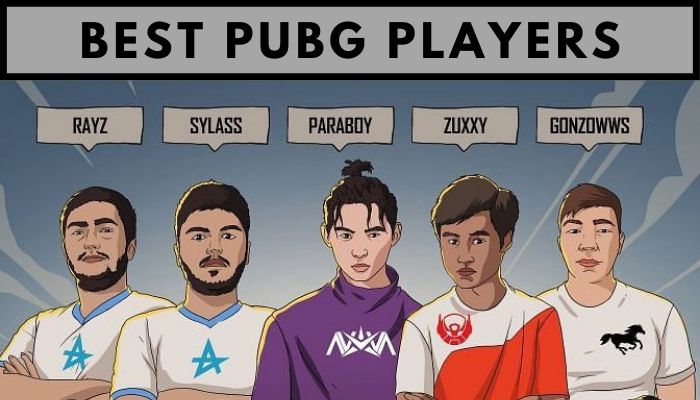 PUBG Mobile is the world’s biggest Esports title on Mobile in terms of both popularity and prize pool. The main reason for the league to be stated as of the most interesting leagues among other games is because of the quality of gameplay. PUBG Mobile has some of the best Aimers in the mobile world. The madness of PUBG Mobile is increasing, here is a list of the top 10 best PUBG players in the world with their rankings & performances.

Queso is one of the most dominating teams in the South American region. They have been quite consistent in their performance in all the tournaments held over there. The main reason for their successful outing is because of “Marco”.

This Argentinean superstar has been a killing machine for them since the time of joining he has been the top fragger in the PMCO South America Qualifiers. He has unique gameplay that brings a sense of fear in enemies as he believes in a strategy called”Calculated Risk”.

Rayz is one of the upcoming stars from the region of Turkey. Rayz and his teammate Sylass have been quite a duo partner in taking crucial fights and winning them. Both he and his friend have been keys players since the beginning. Currently, Rayz has his team and now plays for Besiktas Esports.

ScoutOP is one of the best PUBG players in the world and dominant players from the Indian region. He has been in the PUBG Mobile scene since the beginning of PUBg Mobile Open college in 2019. He initially played from Team Ind and made a name for himself as an assaulter and a support player.

He was later picked up by the mighty Fnatic as a part of their Dream team in India. ScoutOp has won several match MVPs of the tournament and matches in several tournaments. Currently, he is a Free agent and is looking for a team.

Earnny was the best performing player in all of the major leagues his team has participated in.

Zuxxy is a 16-year-old prodigy from Indonesia and has been the main reason behind the huge success of Bigetron RA. Apart from a great aimer and assaulter he is also the IGL of Bigetron and is regarded as one of the best PUBG mobile players in the world.

He is quite known for his smart rotations and impressive decision-making while taking a fight. In 2023 he has a current estimated earning of $209,644.

Luxxy is the twin brother of Zuxxy and he is the reason behind the success of his IGL brother. Being twin brothers and playing on the same team has given both of them the chance to excel.

He is the go-to man when it comes to taking a fight after a call has been taken by his brother. He plays the role of a scouter in his team and usually goes ahead to find a position for his team in the zone. He too has an estimated earning of $209,644.

33Svan is one of the Chinese players to join this list of best PUBG players. He plays for one of the most recently formed new teams called Four angry men. At the age of 20, he has estimated earnings of $359,289.

When compared to other players on this list he plays as a supporter and a sniper rather than an assaulted. He was the main reason behind the winning of the “PUBG Mobile world championship League” at the end of 2023 but came 2nd in the 2023 world championship final.

Ryzen is another gem from the Bigetron RA Indonesia squad. Indonesia league has always been one of the toughest leagues in the entire world and the result is such a tough league has produced quality players like “Ryzen”.

Johnathon is one of the best PUBG mobile players to emerge from the Indian Esports scene. Just 19 years old Jonathon has been regarded as the best assaulter in the world of PUBG Mobile. He started out playing under entity gaming and later signed for the world-famous “TSM”.

He is also one of the highest-earning Esports players in India. He has won several MVPs in South Asia and PMPL League by being the holder of the highest kills.

Topping the SportingFree, the best PUBG player in the world is “Paraboy“. Paraboy is abeat of player at just age 19 he has earned nearly half a million dollars as of 2023. He started his journey in XQF but later he signed up for NOVA Esports. he is also one of the highest-earning players with reports of salaries up to 10000$ a month.

He was the top fragger in the 2019 global invitational. He is regarded as one of the best assaulters in the entire world. He has a nearly unbelievable aim for a mobile player. He is also one of those players who are not only good in TPP but Also FPP.