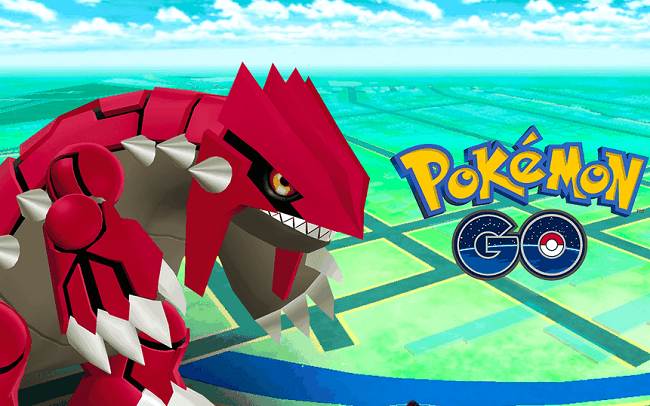 The most fun and interesting aspect of being a Pokémon trainer are to capture various types of Pokémon’s. The more the variety of pokemon in your arsenal the easier a trainer would collect more pokemon. Ground-type pokemon are very essential to trainers in capturing poison, grass, and other bug-type pokemon as they are highly effective against these types. In this article, we are going to see some of the best Ground type pokemon in Pokémon GO right now.

Shadow Flygon is ground a dragon-type Pokémon with a max CP(Combat Power) of 3008. It was also originally found in the Hoenn region similar to other water-type Pokémon. Being a combination of ground and dragon type it is one of the rarest Pokémon on the list.

It is generally boosted by sunny and windy weather in battle conditions. It is also a highly evolved Pokémon starting as mere shadow Trapinch to shadow Vibrava and then finally evolving as a Shadow Flygon.

The legend says that the Pokémon is always surrounded by a layer of Dust Storm when it flies around flapping its win making it invisible to enemies.

Weakness: The best Pokémon’s to take down Shadow Flygon are Mamoswine, Glaceon & Mewtwo.

Excadrill is a ground and steel type Pokémon with a maximum CP of 3667. It is originally found in the Unova region before moving on to other regions. It is evolved form of Pokémon which first starts as drilbur before evolving into Excel with a candy rating of 50. It is boosted by both sunny and snowy weather conditions.

Legends say that Excaril and its unevolved form live under the surface of the earth in a nest-like structure and are a nuisance to the underground transportation system.

Move Set:  The main two moves of Excaril are metal claws and Earthquakes. Being a combination of both ground and Steel-type Pokémon it is best to face poison, electric, bug & rock type Pokémon’s.

Weakness: It is mainly weak against fighting, fire & water-type Pokémon’s. The best counter for Excadrill is Charizard, Blastoise & Reshiram.

Rhyperior is a Ground & Rock-type mixed Pokémon with a maximum combat power of 4221. It is found in the Sinnoh region. It is also one of the evolved forms of Pokémon with nearly 3 stages of evolution before transforming as Rhyperior.

During a battle, it is usually boosted by sunny & partly cloudy weather conditions. In the mystic world of Pokémon’s the story says that the Rhyperior shoots bullet of stones from its hand similar to a gun and these bullets can penetrate any armour.

Move Set: The Best moves for this Pokémon are Mud slap and Rock Wrecker. The best Pokémon’s to capture using Rhyperior are Electric, Rock, and Normal-type Pokémon’s.

Groudon is one of the most popular Pokémon’s on the entire list he has been in the Pokémon league for a long time. It is a pure ground type Pokémon with a maximum CP of 4652. It was also originally found in the Hoenn region.

The best weather conditions for Groudon to win any battle condition are sunny climates. It does not have any evolved form. The old tales from the pokemon world say that the Groudon has had many legendary battles with the water-type pokemon Kygore.

Move Set: The best Move set for Groudon are Dragon tail & Solar Beam. It can easily take on any electric, poison rock-type Pokémon.

Toping the list is the Legendary ground & flying type Pokémon Landorus with a maximum CP of 4434. This Pokémon is also found in the Unova region similar to Excadrill. This Pokémon is usually available in three forms like The simple Landorus, Shadow Landorus, and Incarnate Landorus.

However, it does not have any evolution form in the present state. The legend says that this pokemon provides energy to the soil of the planet by taking nutrients from both wind & lightning.

The most favourable battling condition for this pokemon is sunny and windy weather conditions.

Move Set: The most important move set for this Pokémon is mud shot and earthquake. The Pokémon fares better against Poison, Bug, Electric and Fire-type Pokémon’s.

Weakness: Similar to other ground Pokémon’s Landorus is also weak against ice, water and steel type Pokémon’s. The main counter Pokémon’s for Landorus are Mamoswine, Mega Abomasnow and Glaceon.