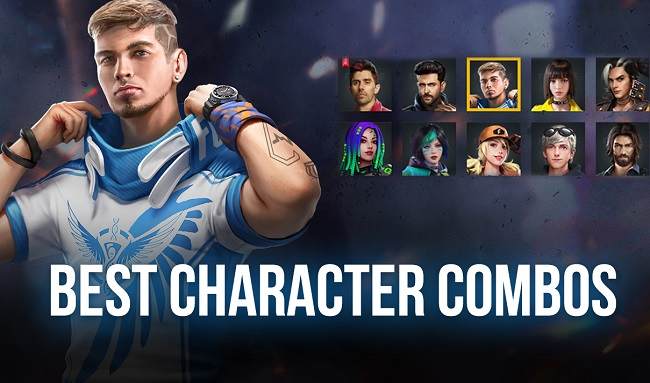 Best Free Fire Characters April 2022: Free Fire is one of the most unique battle royale games out in the market right. The main reason for Free Fire being so different from the other games is because of the characters and pet buddy system. Each player can select a character that better suits their playstyle along with a pet which can bring the maximum out of the selected character.

With the introduction of characters from time to time, the META of the game keeps on changing. In this article, we have summarised the five best Free Fire character that is best for both Ranked and competitive gameplay.

DJ Alok is one of the most used characters for ranked and competitive gameplay. The main reason for his high pick rate is his ability to restore the HP of allies during crucial times.

Abilities: “Drop the Beat”- This ability of DJ Alok creates an aura of 5m around himself where he can heal and increase movement speed of your allies for the next 5-10 seconds depending on the level of your character.

Real Life inspiration: Alok Achkar Peres Petrillo is a Brazilian musician and DJ on which the character has been inspired and developed. He was voted by Forbes Brazil as one of the most influential person of the country

Chrono is the second-highest picked Character in Free Fire after DJ Alok. The creation of Chrono was inspired by the football superstar Christiano Ronaldo. Chrono is mainly used as a flanker as well as an entry fragger because of his dome shield ability. He is extremely useful in taking a 1 vs 1 duel.

Abilities: “Time Tuner”- Using this ability Chrono can create a dome shield which can take 600 damage from enemies while granting movement speed to allies within the dome and himself for the next 5- 9 seconds.

Real-Life Inspiration: Christiano Ronaldo is a world-famous Portuguese footballer. He was officially cast by the Free Fire team and the entire performance was done by himself. The launch of Chrono was the most successful character launch in Free Fire history.

Skyler is one of the newest character to join the Free Fire roster with OB 26 patch. After the introduction of the Vietnamese pop star, the game has completely changed as his Ability kit brings a entirely different gameplay style.

Abilities: “Riptide Rhythm”- using this ability players can generate a sonic wave which can destroy a5 goo walls deployed by enemies in front of Skyler along with restoring the HP of your own goo walls.

Real-Life Inspiration: Son Tung M-TP is a famous Vietnamese pop singer. Skyler was one of the results of the highly popular collaboration with celebrities with Free Fire.

Captain Booyah or K is a very unique Free Fire character due to his multiple modes. K has two modes jiu-jitsu and psychology mode.

Abilities: “JIu-Jitsu mode”- using this ability players can help their allies within a 6m radius to convert EP(Energy Points) by 500%.

“Psychology mode”- In this mode he can restore his EP by 2 to 3 every second till 100EP.

There is a cooldown of 20 seconds when switching between both the modes.

Real-Life Inspiration: KSHMR is a very famous music producer. He is an Indian American DJ too who has performed at various international music festivals like Tomorrowland and Sunburn.

A124 is one of the most established Character in Free Fire . When initially released it was one of the top pick in ranked gameplay but with the introduction of other characters like Skyler and chrono she has fell down the order. A124 still holds her place as the a top 5 character even in 2022

Abilities: “Thrill of battle”- Players can use this ability to convert Energy Points(EP) into Health Points(HP) at any time with a reducing cooldown from 90-60 seconds as you progress through higher levels