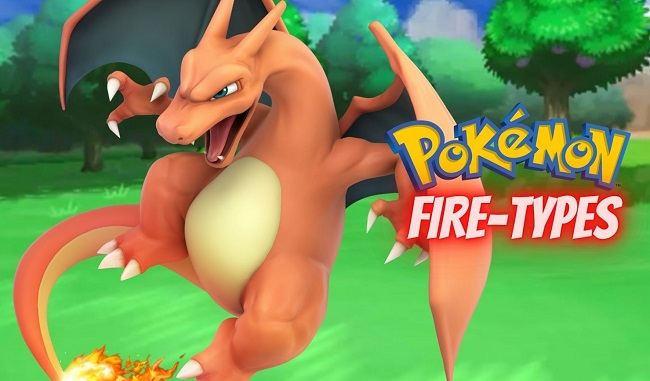 It is important to know and Identify the best Fire Type Pokémon to capture Pokémon’s in other Classes like Grass, Bug, and Fairy-Type Pokémon’s as Fire Fare better against these types. Fire Type pokemon are very tough to battle against so when you possess one the life of a pokemon trainer becomes really easy and can hunt down various other pokemon. In this article, we will see some of the best Fire-Type Pokemon in Pokemon Go.

Mega Houndoom is a Dark and Fire Pokémon with a maximum CP(Combat Power) of 4344. It was originally found in the Johto region, first broadcasted in the Ash “Johto Journey” episode series. It has various evolutions before reaching the Mega Houndoom form.

This pokemon can be boosted by Fog and sunny weather patterns. Legends say that Houndooms usually live in packs and you can find the leader of the pack using the shape of the horn.

Move Set: The main two moves of Mega Houndoom is Foul play and Fire fang. Being a fire type Pokémon it can easily take down Ghost, grass and steel type Pokémon’s.

Weakness: Mega Houndoom is weak against Fighting, Water, Rock, and Ground-type Pokémon. It can be countered with Pokémon’s like Mega Blastoise, Rampardos, and Lucario.

Shadow Entei is a legendary type Fire Pokémon with a Max CP of 3926. This Pokémon similar to the previously Mentioned Mega Houndoom was also found in the “Johto Region”. It is one of the rare Pokémon too and can be boosted by only sunny weather conditions.

Entei appeared in various cartoons and Pokémon movies. People in the Johto region say that Shadow Entei is the burnout of a volcanic eruption and can spew magma like saliva and is very agile and majestic.

Move Set: Shadow Entei’s famous moves are Firefang and Fire Blast. It can easily take down any legendary bug, grass, and Fairy-type pokemon.

Weakness: Shadow Entei is weak against Water, Rock, and Ground-type Pokémon. It can be countered with Pokémon’s like Mega Blastoise, Kygore, and Kingler.

Reshiram is a Fire & Dragon-type Legendary Pokémon that has a maximum combat power of 4565. It does not have any evolution but is available in two transition forms which include a Shiny Reshiram. It was originally found in the Unova region and mountains close to it. Reshiram is boosted by Sunny and Windy weather conditions.

When a Reshiram flies from its base the wings contain fire flares which in turn move up in the air changing the Temperature of the air.

Move Set: Reshiram’s best moves are Fire Fang and Dragon Breath. Being a combination of Dragon and Fire Type Pokemon it can easily counter Electric, Steel, and Bug-type pokemon.

Swampert is a Legendary Fire and Flying-type Pokémon which has a maximum CP of 3917. It was originally spotted in the Kanto Region in the original seasons. It does not have any evolution form but has a transition form into the normal Moltres. Shadow Moltres is one of the strongest fire-type Pokémon in Pokémon Go.

The shadow Moltres can be boosted by sunny and windy weather conditions during battle conditions. A Shadow Moltres when injured by an enemy will dip itself in hot magma, which will burn and heal its injuries.

Weakness: It is weak against Electric, Water, and Ground Type pokemon and can be countered with pokemon like Rampardos, Rhyperior, and Terrakion.

The most popular Fire Pokemon, Charizard is the best Pokemon in Pokémon GO. He is a nonlegendary type Fire and Flying Pokémon with a maximum CP of 5037. The CP of this Pokemon is one of the highest in Pokemon GO reaching 5000 marks which can be further boosted with sunny and windy weather.

Charizard is evolved pokemon which starts from a small Charmander and then goes to Charmeleon and finally evolves as a Charizard. It also has two transition states one being the Mega X Charizard form apart from the Y form.

In Pokemon history, Charizard is described as a magical beast that never takes any fight against an opponent weaker than itself and has a fire that can literally melt anything.

Weakness: In its Mega, Y form it is a combination of both Fire and Flying-type pokemon so it’s very weak against Water, Electric, and Rock-type pokemon. The best pokemon to counter Charizard are Tyranitar, Gigalith, and Omastar.