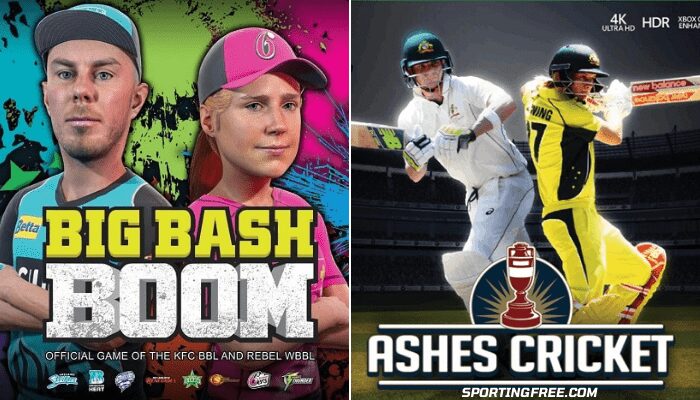 There are many cricket games are available for PS4, PS5, PC and Xbox right now, here are the best top 5 out f them.

Cricket is the most followed and loved sport in the Indian Subcontinent and few other parts of the world. With the pandemic resulting in a limited number of cricket matches being played, cricket fans can stay connected with the sport via video games. Many cricket video games have been developed and released for fans in the past few years. Fans can play these cricket games on PS4, Xbox and PC.

Cricket 19 was developed by Big Ant Studios and Maximum Games and was launched in 2019. The game includes various formats of cricket, including Men’s ODI, T20, Test World Cups and the Ashes series, Women’s ODI and T20.

One interesting feature of Cricket 19 is the career mode, wherein also users can start the game as a rookie or as an existing established cricketer.

Ashes cricket was developed by Big Ant Studios and was launched in November 2017. Ashes cricket was the official game for the 2017/18 Ashes series. The game is the simulation of the oldest and one of the fiercest rivalries of cricket between Australia and England.

Fans can either select England or Australia or play as an individual star player. The game also has the feature of creating players and publishing them on the “cricket academy” or using them in series or personal careers.

Ashes Cricket can be played on PlayStation 4, Xbox One, Microsoft Windows, Steam.

Another project of the Big Ant Studios, Don Bradman cricket 17, was released in December 2016. This game includes 3 modes-Single, Multiplayer, and Cooperative, and an extensive career mode. The game is considered one of the best cricket games available in the market right now.

In the extensive career mode, fans start as local layers and then play domestic and international games. It also includes a Be a Pro mode.

Ashes 09 is one of the first cricket games to be developed. Ashes 09 was developed by Transmission Games and published by Codemasters in the UK and by Namco Bandai in Australia and was released in August 2009.

Ashes 09 is available on Xbox.

Big Bash Boom features the 2018/19 season of Men’s and Women’s Big Bash League and has fully licensed players, teams and squads. Big Bash Boom has three modes- Casual, Tournament and online mode. This was the first cricket game to be released for Nintendo Switch.

READ: Every FIFA Game From Best to Worst Ever Ranking